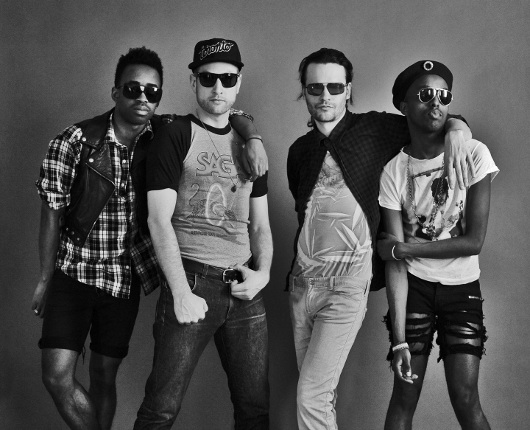 Canadian house act Azari & III have announced their latest single, “Manic”, which will come with a host of remixes from the likes of DJ Sneak and Tiger & Woods.

Their breakthrough single “Hungry For The Power“, which first appeared on the excellent I’m A Cliche double CD compilation back in 2009, has since appeared via Turbo replete with a host of remixes. The follow-up “Reckless (With Your Love)”, released on Permanent Vacation in the same year, achieved an even great level of ubiquity thanks to its presence on a multitude of compilations.

Since then Alixander III and Dinamo Azari – who are now joined by Fritz Helder and Starving Yet Full for their live show – have released a host of remixes for the likes of Booka Shade, Uffie, Robyn and Cut Copy, as well as the Indigo EP on Turbo and Into The Night for Scion A/V.

Former Bang Gang member Finger Prince and rising Double Denim act Christian Aids have also been called on to remix the track. “Manic” will be released on July 24.