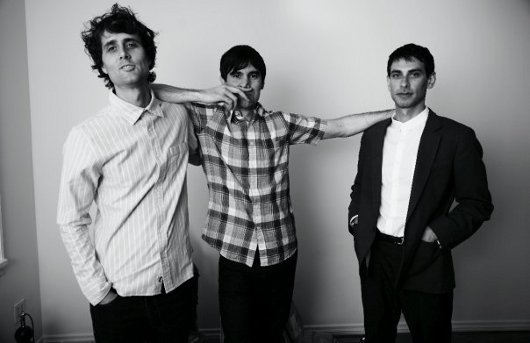 In a Facebook post, the band – now rolling sans Mattie Safer – revealed that the album’s title will be The Grace of Your Love. It was produced in the Parisian studio run by Phillipe Zdar (check out our interview with the Cassius man from last year in which he discusses the recording process).

The band’s debut album Echoes was released in 2003 via DFA to considerable acclaim, while 2006’s Pieces Of The People We Love saw the band take a turn towards a brighter, more dancefloor friendly sound that carried a similar swagger to classic New York post-punk acts like Liquid Liquid and ESG.

The Grace of Your Love will be released on September 5 in Europe and September 6 in the US. Modular Recordings will release the album in Australia and New Zealand.