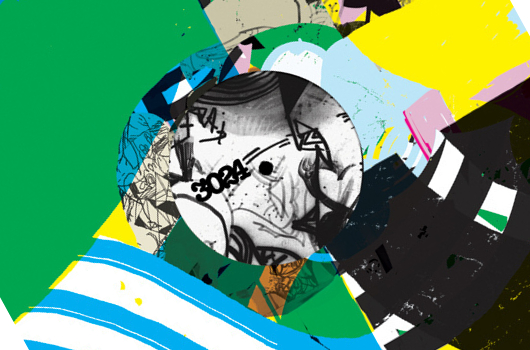 Martyn’s 3024 imprint continue their endeavours to pillage UK talent with the next release from Instra:mental’s Damon Kirkham, who breaks loose for his first ever solo productions as Jon Convex.

Instra:mental are seemingly in a rich vein of form and acclaim right now, having just released their long overdue debut album Resolution 653. Furthermore Kirkham’s production partner Al Bleek has been quite busy of late under his Boddika alias – notching up some essential releases on Swamp81 and their own Nonplus imprint, as well as a raft of remixes. In light of the latter, it’s about time Kirkham demonstrated his production prowess.

It’s fair to say the Convexations EP more than maintains the standards of quality set by 3024 this year via releases from Julio Bashmore and Addison Groove. Set for release in mid June, the three tracks on Kirkham’s Jon Convex project demonstrate a crisp, at times apocalyptic sounding, melding of bpms and bass lines which will do nothing to temper the current debate over what umbrella term to use for the multiplicity of nascent sounds emerging out of and around dubstep.

You can glean an idea of what to expect from the track snippets provided on the below soundcloud player.

3024 will release the Convexations EP by Jon Convex on vinyl and digital formats on June 13.