Midland goes Through Motion for Aus 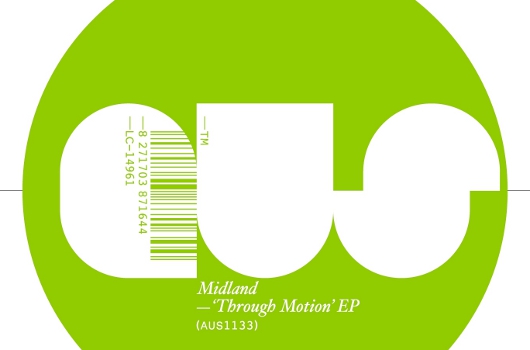 Having enjoyed a breakthrough year in 2010 thanks in no small part to his collaboration with the artist formerly known as Ramadanman for Aus Music, Midland will return to the imprint run by Will Saul for a solo endeavour next month.

So far this year the Leeds based producer has already treated us to a full release via the More Music imprint and a remix of Julio Bashmore’s “Ask Yourself” that matched his Caribou edit from late last year. Midland’s return to Aus sees him explore the space between techno and UK 2 step styles across two tracks.

“Through Motion” applies the grainy sonics of a post Burial generation to a deep techno swing augmented by ever so slightly creepy pitch shifted vocals and warm flourishes of piano. This is complemented by the more expansive late night dynamics of “Shelter” with stripped down percussion allowing the cavernous dubby vibes the prominence to develop as the track pulses forward.

In addition, Aus have secured a digital only remix of “Through Motion” from Beautiful Granville Records boss man Tevo Howard which was recorded in a single take and applies those glorious piano lines to a relentless jacking rhythm – delivering a stripped back but highly emotive take on the track.

Aus Music will release Through Motion by Midland across vinyl and digital formats on May 16.

A1. Through Motion
B1. Shelter
Digital Only – Shelter (Tevo Howard Remix)