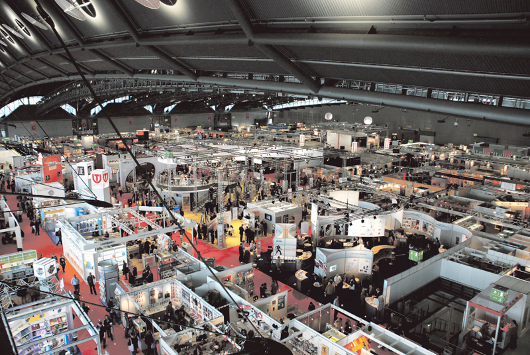 With the global recession still biting hard, and every possible permutation of DJ controller and retro-chic synthesizer seemingly exhausted, the question must be: is now a good time for the world’s audio manufacturers to be launching a slew of new products at Germany’s annual music-tech blowout Musikmesse? And the answer must be: Jahwohl!

Behind the sleek metal and glass architecture of Messe Frankfurt (imagine London’s Earl’s Court, but thirty times bigger and with much stronger beer), DJ equipment veterans Stanton got the ball rolling with two shiny new controllers. The SCS.4DJ (pictured below) has built-in software that can weave a DJ set from any USB device (memory stick, hard drive, smartphone), so you can still get paid even if you left your laptop on the bus, and with its 4 USB ports it can simultaneously record your mix, should you have a suitable data storage device to hand. Similarly their new CMP.800 CD/media deck requires only a USB stick as a music source, thus matching the functionality of Pioneer’s recent decks but at a lower price tag of €399, and adds a newly-improved solid feel and response that marks an impressive step up from Stanton’s previous players.

Rane got the Serato contingent talking with two new variations of their SL series: the scaled-down SL2, which offers only 2-deck control, but compensates with the 24-bit/48kHz sound and higher input/output levels of the SL3, at a lower price of €499. For the more ambitious jock, the new SL4 provides 4-deck control, but it comes at a price: an eye-watering E899. Start saving now, because both should be available by May. 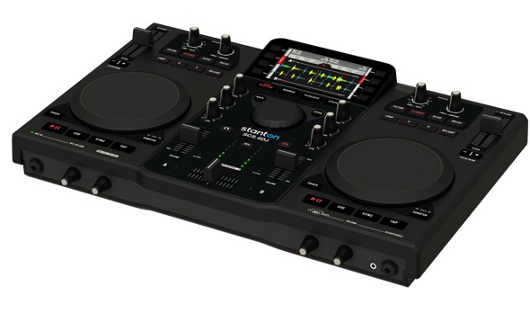 Novation kept up with their new Twitch DJ controller, which ships with Serato Itch software and combines assignable trigger pads with new “Touchstrip” tactile controls, giving your wrist a well-earned break from jog-wheel RSI with its novel horizontal finger-swiping cueing system. And on the mixer front, Behringer added the feature-laden DJX900USB (below) to the existing DJX range, and unveiled their forthcoming NOX series of DJ mixers, ranging from the 2-channel NOX202 to the 6-channel NOX606, all featuring upgraded infinium optical cross-faders (no more spare parts bills, in theory) and driver-free USB connectivity. Release date for the NOX models is yet to be confirmed, but is pencilled in for around June.

“On the music production front, Mode Machines stole the show with no less than five new models to arch the eyebrow of any analogue enthusiast.”

Finally Hercules have added the new DJ4set model to their range of entry-level controllers, which is the first Hercules model to allow 4-deck control, and adds a newly-sensitised jog wheel, while retaining the brand’s price-conscious status at around the €249 mark.

On the music production front, Mode Machines stole the show with no less than five new models to arch the eyebrow of any analogue enthusiast. The Simmonizer SDS-1 is a new drum machine that will excite early 80s disco and electro theorists, based as it is on the classic Simmons SDS-3 drum synth, but also adding MIDI and trigger inputs and a ruinous €1599 street price. Meanwhile revisionist historians of the discredited Jean-Michel Jarre school will be queuing for the Rezonator REZ-3, which pays homage to the vintage Mam RS-3 resonator at a more manageable €399 price point; and the new x0xrack hoists Mode Machines’ recent x0xb0x TB303 clone into a rackmount format. These should be available in the next few weeks, but you’ll have to hold your breath for two intriguing new models which were unveiled at the prototype stage… 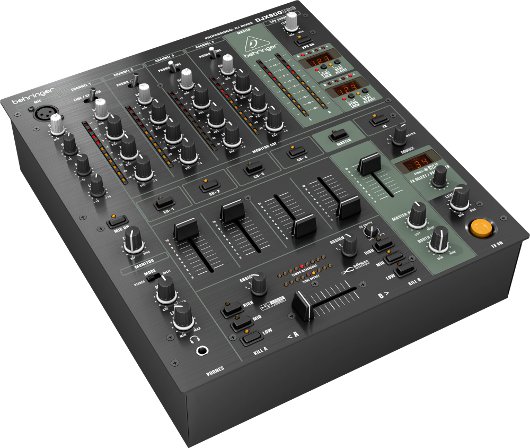 First up, for those who believe that the authentic 8-bit sound of “Chuckie Egg” will never be bettered, the ASId 64 is a new synthesizer using as its sound source recovered chips from Commodore 64s (sic). Due to the understandably limited availability of the components, the model will initially be restricted to 100 units, although Mode Machines are also talking to analogue grave-robbers Technology Transplant with a view to cloning the original circuitry. And for Mode Machines’ next trick, the consciousness-altering LSD (Little Sound Device) offers 3-oscillator digital synthesis from a box little bigger than a cigarette packet that features 4 rotary knobs and,er, that’s it. It delivers either monophonic sound or can be chained for your polyphonic pleasure.

In other analogue news, Korg confirmed the release of their much-rumoured Monotribe, a battery-operated monophonic Frankensynth borrowing the oscillator from the Monotron, the filters from the MS-10/MS-20 and the sequencing modus of the Electribe, and throwing in a analogue drum kit, ribbon keyboard and built-in speaker, all for around €240. Also causing waves on the Korg stand was the new €350 Wavedrum Mini – which is not, as you might imagine, just a scaled-down version of the Wavedrum, but comes replete with new features. The most notable innovation is a sensor clip that, once attached to any object (a cup, a table, an errant child) turns said object into a handy electronic percussion instrument. Both the Monotribe and Wavedrum Mini will be released around July.

Pro Tools 9 became newly available to non-millionaires with the launch of M-Audio’s M-Powered Pro Tools 9, making the latest Digidesign software accessible without the need for accompanying hardware, while RME enhanced their range of pro-audio interfaces with the new Fireface UFX, offering a full 60 channels of audio directly recordable to one little USB stick. And respected headphones vendor Ultrasone chipped in with two new models: the PRO 450 and PRO 650 are both scheduled for release in the summer.

Finally, if you’re looking for some new studio monitors and have professional soundproofing or very understanding neighbours, the much-admired KRK brand premiered the Rokit RP10-3, the first of their esteemed range to offer 3 drivers, with the extra midrange horn delivering a newly-enhanced midrange response at a very reasonable €599 per monitor.

All in all, an impressive selection of new offerings on every level; and as the glowing LEDs of the Musikmesse fade away for the night and the red lights of Frankfurt’s notorious Sexstrasse Bahnhofsviertel blink on, there remains much to be excited about in Frankfurt, even for the most jaded visitor.