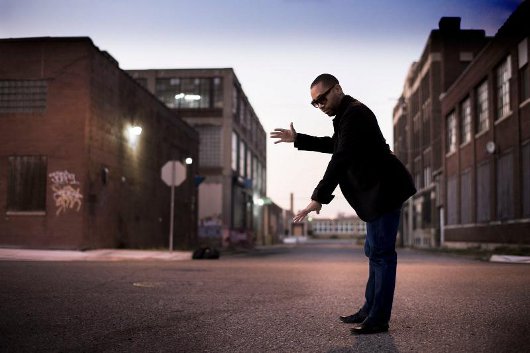 The news was revealed today by festival organisers, with Craig currently in the midst of a global tour celebrating 20 years of his Planet E label. The prospect of playing the 69 material should make a welcome change from the sweaty warehouse parties he’s been playing of late – it’ll be one of just four 69 live shows he’ll be performing this year.

The 69 moniker was established in 1991, with the 4 Jazz Funk Classics 12″ released on Planet E. All of the subsequent releases came out on either Craig’s own label (including the timeless “Desire”) or R&S (most memorably the brilliant mindfuck techno of “Jam The Box” in 94).

Of less surprise is the return of Bugged Out to Victoria Park for Field Day, with Craig’s 69 show set to be supported by Erol Alkan, Benga, Pearson Sound, James Blake in DJ mode, L-Vis 1990, Michael Mayer, Matt Walsh and Roska, while Kieran Hebden and James Holden will get really drunk and trade sloppy mixes for an hour or so (that’s what B2B means right?)

Field Day will take place on Saturday, August 6. Tickets for the event are now available via the Field Day website.