Apparat signs to Mute: new album on the way 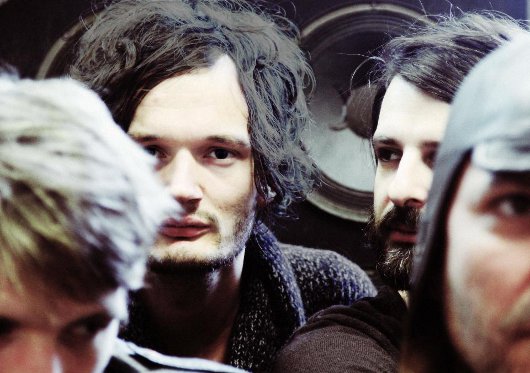 Apparat has signed to venerable UK imprint Mute Recordings, with the producer set to release his fifth solo album through the label this year.

The German producer – real name Sascha Ring – has previously released all his albums through Shitkatapult, the label he co-founded with Marco Haas in 2000. He has seen his stock rise dramatically in recent times, with an acclaimed entry into the DJ-Kicks hall of fame last year. He is also one third of live electronica act Moderat alongside Gernot and Sebastian of Modeselektor, who retired their live show in its current guise at the recent Bloc festival.

His addition to the Mute stable is an interesting one – the label founded by Daniel Miller in 1978 was bought out by EMI in 2002, before creative control was handed back to Miller last year. It’s best known for releasing the music of seminal 80s UK synth outfits like Fad Gadget, Yazoo and Depeche Mode, but has also released material from the likes of Moby, The Prodigy and Goldfrapp. There have been a raft of sub-labels set up over the years, including acclaimed techno offshoot NovaMute (home to the likes of Luke Slater, Si Begg, Speedy J and Richie Hawtin).

A press release distributed today tells us the new long player “ventures into new musical territory where prominent vocals, live instruments, beautiful crescendos and lulling diminuendos spearhead an epic sound”. To celebrate this new partnership Mute have made on of the album tracks, namely “Ash/Black Veil”, available for free download – check it out below. On first listen it has a quietly epic Radiohead vibe to it.

The full album is expected to be released this year although an exact date is yet to be set. In the meantime the Apparat live show will hit the road in May, with live dates planned across Europe this summer.