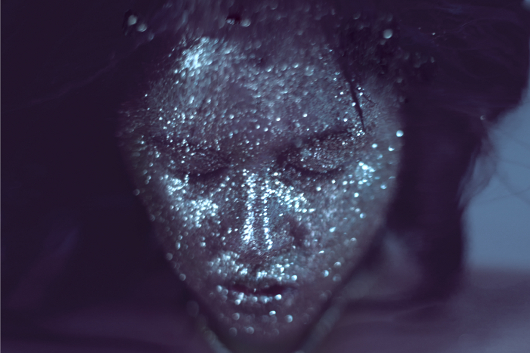 We live in a crazy age of musical over consumption where the Cycle Of Internet Hype ensures the vast majority of new music you are exposed to from perusing online music magazine and mp3 blogs  is just the first step in a well calculated PR campaign with a considerable budget behind it. Occasionally, however,  someone breaks through without this forced momentum thanks to obvious talent.

A case in point would be Taragana Pyjarama, otherwise known as an unassuming young music enthusiast from Copenhagen called Nick Ericksen. Already familiar in some circles for his work under the now retired Eim Ick alias on cult Spanish label Hivern Discs – home to John Talabot and Pional – Nick invited the world into the sumptuously psychedelic electronic world of Taragana Pyjarama last August via his debut production “Girls”. The track, produced in conjunction with his girlfriend, subsequently found its way onto several of the more discerning corners of the blogosphere, and in a neat twist of fate the Fool House label borne out of iconic Parisian tastemaker blog Fluokids promptly snapped Taragana Pyjarama up for an EP release.

Fast forward several months and Fool House will be releasing his eponymous EP early next month, filled with a newly dusted down and polished version of “Girls” along with further original Taragana Pyjarama material and remixes from Border Community’s Ricardo Tobar and Merok duo Teengirl Fantasy. If you’re yet to sample the   sounds of Taragana Pyjarama then a clue can be found in this aforementioned choice of remixers as his music sits somewhere between the studied techno brilliance of the Border Communities of this world and the dreamlike, synthesized, throbbing, hypnotic narcosis of Teengirl Fantasy at their best.

After making contact with the elusive Nick – naturally via Twitter – we subsequently exchanged a series of emails broaching how the distinctive name came about, his influences, plans for the future and much more why we consider him one to watch.

Greetings Nick, you’ve already produced under the name Eim Ick – why the switch in focus to this new project?

I started making music as Eim Ick about a year ago and even though everything went surprisingly well with the project in Denmark, I was never completely happy with it for several reasons. One of them was the fact that the media focused more on my age than the music I was creating, so I started this project (Taragana Pyjarama), not to let it take over Eim Ick, but just to distract from what I was doing at the time.

It’s a very unique name, which as a fan of phonetics and herbs I like to remember as Tarragon Pyjamas, how did you come to settle on it?

Sara, my girlfriend who I produced “Girls” with, sent me a song by Roxy Music called Pyjamerama. We really like this song and its distorted sound. So it’s pretty basic. We just named it after the song and added Taragana, which means nothing as far as I know, but just to make it look more harmonic, since we like nice typography.

“Girls” is the track which broke you last summer and it seems to have this timeless quality to it which stands repeat listening. Were you aware that it might become something that was quite special when you had finished it?

No, not really, as the process from original thought to execution was so swift. It was something made and recorded the same day as we uploaded it to our MySpace. Luckily people and blogs really liked “Girls” and I slowly began to concentrate on finishing an EP for Fool House. Since then I have been mixing it quite a lot for the upcoming release and I’m even more happy with it now.

It’s also quite hard to pin down exactly how it sounds, it’s almost unconventional house music as it has the rhythmic structure of house but you’ve surrounded it in this glorious wall of echoed melody. How would you describe it?

I don’t know really, but I think you’re on to something. There’s definitely a lot of inspiration from the house scene, since that’s what I’ve been listening to a lot in the past. I guess it’s a combination of everything, from the state of my teens to now, which melts down to a lot of different sounding music.

Are there any direct influences for your sound? Lazy journalistic leanings could call up the likes of DJ Koze and Four Tet, though a recent mix you posted touches on more esoteric sounds such as Blondes.

I’m a big fan of both those artists! To me they have some of the most unique sounds in electronic music, so of course they are inspiration, but I never try to sound like them. I have tons of influences, but nothing that can be directly compared to my music. I think it is important not to think too much when working with music. Forget rules, forget what you’re working with.

“Girls” is now being released as part of your debut Taragana Pyjarama EP for the Fool House imprint. How did you hook up with Guillaume and the Fool House crew ?

Fluokids, which is run by the same people as Fool House, posted “Girls” on their blog and later Guillaume (aka redhotcar) got in touch asking if I had other tracks – I was naturally quite happy to send some tracks their way and thankfully they decided to release them! 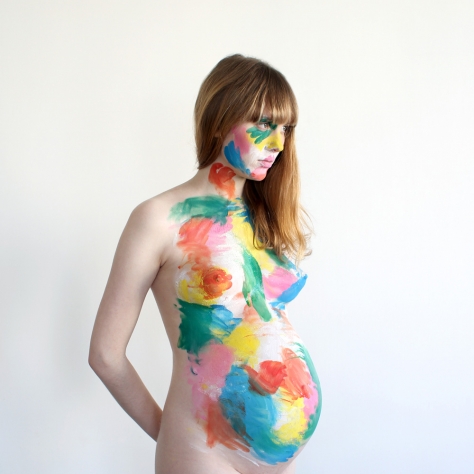 What else is going to be on the release?

Aside from “Girls”, there are another two original tracks from me plus two remixes. Border Community’s Ricardo Tobar remixed “Girls” whilst Teengirl Fantasy have remixed one of the new tracks “Ocean”.

Those are some choice selections to remix! Are you happy with the results?

Yes, we had a wishlist of people to get involved and they were both were high up on that list. I think they both add something special to the release; Teengirl Fantasy’s is more a headphone track layered with lots of synths. Ricardo Tobar’s version is definitely more clubby, but still with that Border Community touch for it to work well as living room listening. There is lots of noise and the live arrangements make it special too, I think. Both have plenty of nerves.

Aside from this what else can we expect from Taragana Pyjarama this year?

I’m planning the next release, so hopefully there will be some new material released this year. There will also be some – hopefully many – live performances outside of Denmark. Plus some new remixes and a music video.

Fool House will release the self titled EP from Taragana Pyjarama on vinyl and digital formats on April 4. Header image supplied by Elizaveta Porodina