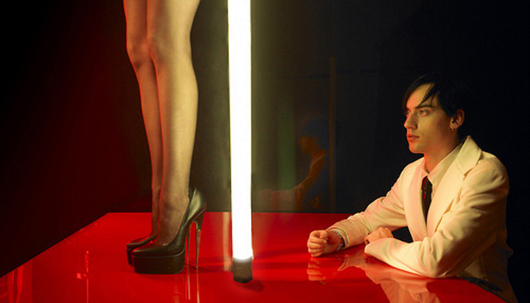 Fresh from a storming live performance at last weekend’s Bloc Festival, the Detroit native will line-up alongside Warp artist Chris Clark, who by all accounts tore the roof off a recent Warp Records bash at the Rex Club in Paris alongside Jon Hopkins.

Edgar is in the midst of a hectic live schedule that will tonight (March 18) see him take to the stage alongside Lone and Jacques Greene at Berghain in his adopted home town of Berlin.

The music from his sleaze encrusted 2010 long player Hot Raw Sex forms the backbone of his current live performance, which essentially consists of an hour of relentless, sweat drenched funk, fuelled by reams of analogue gear. In other words it’s something not to be missed.

Also scheduled for the night are live performances from Machinedrum (aka New Yorker Travis Stewart, one half of Sepalcure), Koreless, Patten and Young Montana?, as well as DJ slots from Lando Jal (one half of Lazer Sword) and Glaswegian techno merchant Sei A.

The event will take place on Friday, April 1. Early bird tickets are available for £8 through Resident Advisor now.