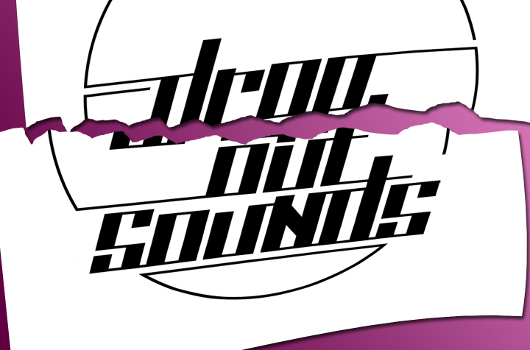 Since the Drop Out Orchestra began in 2008, the project has grown from one man and a sampler to a three man team consisting of a music teacher, a studio engineer and a music tech writer. What has remained constant is the cloak of mystery regarding their true identity with no names or pictures, ensuring the focus remains on their music.

And the Drop Out Orchestra certainly know how to make music of the disco persuasion, eschewing some of modern technology’s shortcuts by using real instruments to craft vintage discoteria which have seen innumerable releases, including two albums on their own Drop Out imprint as well as remixes for Ilija Rudman, Beatfanatic, DJ Agent 86 and :Kinema: The latter remix, an 11 minutes plus epic, is small change for the ambitious Drop Out Orchestra who harbour plans to record a 25 minute disco monster likened to Kraftwerk’s “Autobahn”.

In addition to these official releases Drop Out Orchestra delight in reworking some of pop music’s “most iconic” figures into something inimitably danceable with the likes of Rick Astley, Robyn, Craig David and The Sex Pistols already treated to the Drop Out magic.

The troupe have just launched a new imprint called Drop Out Sounds to showcase their talents at edits and you can also expect to see Drop Out Orchestra remixes for the likes of Needwant, MB Disco and the newly minted Tigers On A Leash imprint set up by Brooklyn disco devil Munga. To get an idea of what to expect at a Drop Out DJ gig where they go so far as to rope in live bass and trombone players we invited them to curate the latest featured chart.

“I’m a big fan of Arthur Russell but for some reason I missed this one until recently. Now I can’t live without it. One of the best songs I’ve ever heard.”

“We’ve been playing our mix out a lot, doing the bass part live in the DJ booth. People love it, and that’s only because it’s such a great song. The mix is also long enough for the crowd to learn it and by the end of those twelve minutes they’re always singing along. Always!”

“Dana is one of the best producers in Sweden, so we knew this remix would be special as soon as he got involved!”

“One of the best tracks of 2010 from Mr Greg Wilson and it still does it on the floor now.”

“This is just pure happiness. It doesn’t get much better than this! Someone told me the original 7″ is worth a fortune?”

“Cool B-Side, it does the job. Let’s just say we had a hand in this. Martin’s a good friend, we have a bunch of mixes coming out on MB. Once people discover MB Disco it will be one of the leading labels, you wouldn’t believe what he’s got lined up for release this year.”

“We swapped remixes with Ture. He’s a very talented guy, but he makes the worst cover art in the universe haha! We enjoyed remixing this, lots of guitar on it too.”

“This is well cheeky. It’s a great track and of course Dimitri does his thing brilliantly.”

“Ilija Rudman’s a genius. I could have charted every track on the album, that’s how good it is.”

“Dave Allison wanted to release this one his label and when we heard the remix we had to say yes. They did a great job, we never sounded this cool.”