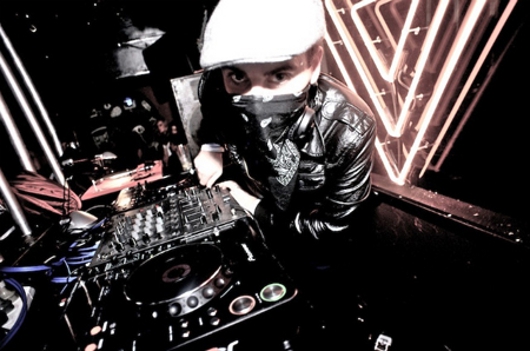 Former Riot In Belgium and Bang Gang member Beni has signed on for a debut album with Modular that features guest spots from Ex Hercules & Love Affair and The Rapture alumni.

You may remember Riot In Belgium’s “La Musique” which was one of the 06/07 electro house standards with Sinden’s remix particularly prominent amongst the ADD Ableton clique. Since then, Riot In Belgium have disbanded with Beni dropping some club tackle for Kitsune – In Flagranti did a great remix – and Joel Dickson became Nile Delta who coincidentally has a new EP on Cutters this week.

Beni has spent the past two years recording the material that makes up the album, taking in major cities across the globe and hooking up with Nomi, formerly a voguish presence for Hercules & Love Affair and now frontperson for Jessica 6, and Matty Safer, who has been a bit quiet since he left The Rapture last year. Sam Sparro also features on the album but we can’t remember much about him…

According to the press release, the proto house sound that filtered through the warehouse spaces of early 80s Chicago and New York City is a prominent influence with Beni looking to the iconic figures of Ron Hardy, Frankie Knuckles, Larry Levan and Francois K for musical inspiration.

Ahead of the album’s release, Modular will release “I’m A Bubble” along with a raft of remixes early next year and there is a new mixtape pieced together by the producer/DJ on the Modular website.