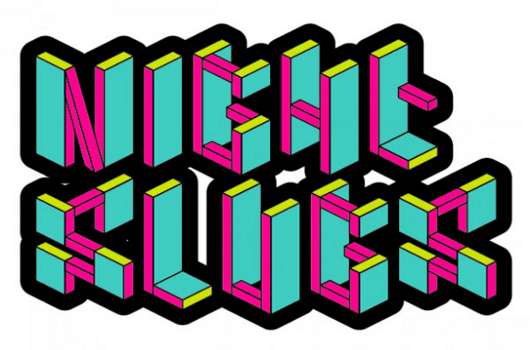 Since their inaugural release in January, Mosca’s Square One EP, Night Slugs have continued to impress all with a  multi-faceted sound touching on house, techno, dubstep and UK Funky matched by equally distinctive neon tinged artwork. Sushon and Connelly have been responsible for bringing names such as Kingdom, Jam City, Egyptrixx and Girl Unit to the collective conscience as well as giving Julio Bashmore and Hyetal an avenue to explore their inner sex jamm sound via the Velour project.

Night Slugs Allstars Vol.1. collects some of the labels signature sounds such as Velour’s “Booty Slammer” and the much discussed “Wut” by Girl Unit, as well as some previously unreleased material and tracks from future stars such as Jacques Greene, whose track “(Baby I Don’t Know) What You Want” is already referred to as the next HYPH MNGO.

Speraking about the compilation, Night Slugs co founder Alex Sushon had the following to say:

“We’ve had a crazy, hectic, euphoric 2010. Few would have thought back when L-Vis 1990 and myself launched Night Slugs as a club night in early 2008, that just two years down the line, we’d find ourselves in the midst of an international movement. It seems apt to round off a year of non-stop releases with a consolidatory look at where we’ve been, and where we’re heading. Night Slugs Allstars is a series of compilation that will act as a cohesive guide to the label’s distinctive yet multi-faceted sound.

As the release of Night Slugs Allstars Volume 1 commemorates the end of our first year as a label, and while some commentators are already uttering the phrase ‘label of the year’, we’re already looking forwards, aiming to carry through the carefree genre transgression and luminescent work ethic of this year way into 2011 and beyond.”