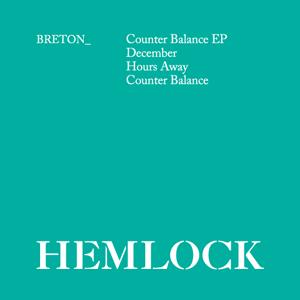 It marks yet another bold twist in the label’s brief history – they have already released material from James Blake, Fantastic Mr Fox and label boss Jack Dunning aka Untold – and perhaps indicates a swing towards an increased pop sensibility among dubstep labels highlighted by Darkstar‘s well received album for Hyperdub.

With vocals reminiscent of Foals frontman Yannis Philippakis backed by a swirling haze of rock-tinged electronica, Breton have a small but growing legion of fans and admirers.

The EP will be released in 12″ and digital formats in December. Check out the tracklistings for both below.

A: December
B1: Hours Away
B2: Counter Balance