Eight arrested as “Halloween youths cause chaos” at London rave 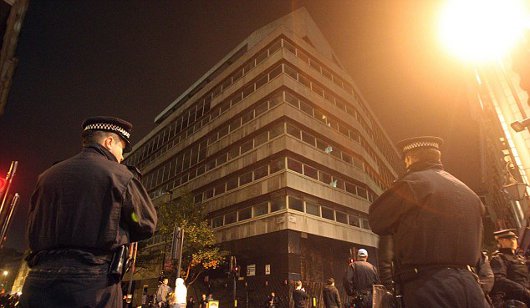 The Daily Mail and The Guardian are among the news outlets to have posted stories about the party, with the former reporting “violent clashes” between the crowd and riot police.

The article went on to suggest that a number of police officers were injured during clashes with a crowd of up to 500  at the abandoned former post office in central London.

“Police desperately battled to calm the party but most of the people went back inside the building in High Holborn and continued partying,” the article stated.

The Mail article claimed the party – dubbed Scumo’ween – had 30 soundsystems and 200 DJs playing throughout the night.

Such large scale events – which reached a peak in the UK during the acid house era of the late 80s and early 90s – are much rarer these days, although the closure of a host of London clubs in recent times coupled with an economy plagued by recession could see a return of low cost DIY parties across the country.