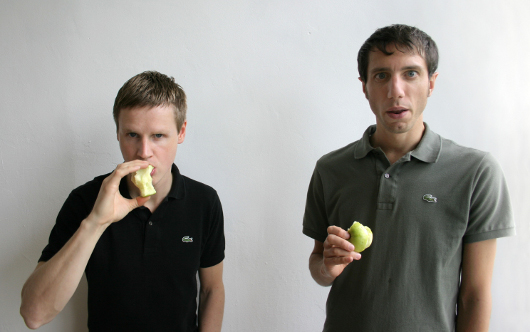 Next week marks one of the dance music industry’s biggest nosh ups in the shape of Amsterdam Dance Event, and we’ve got two pairs of tickets to give away to a rather epic looking party at Trouw featuring Joris Voorn, Elektro Guzzi, Ewan Pearson and Craig Richards.

The show will take place on Thursday, October 21, with Trouw residents Joris Voorn, Edwin Oosterwal (both pictured above), Patrice Bäumel and Nuno dos Santos inviting their favourite international guests to perform in front of the swarms of industry hangers-on (like our good selves) who will be present in Holland next week.

To claim your tickets, simply tell us which of the headline acts you are looking forward to checking out most at Trouw. Type your answer in the comments section below to be automatically entered into the draw. The winners will be announced via email on Tuesday, October 19. Full event details below. 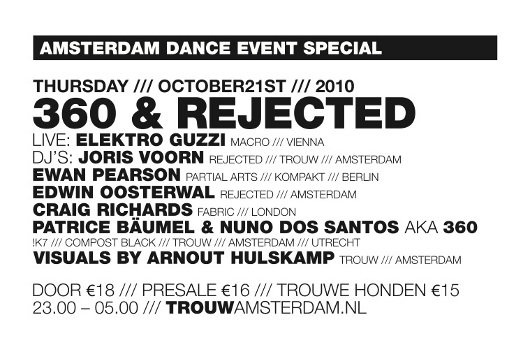