Abracada reaches out to London 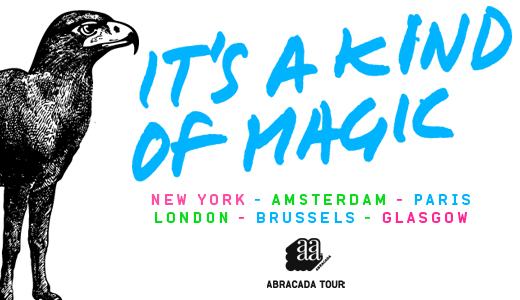 Fledgling Parisian imprint Abracada are bringing their label roster over to London for a party at XOYO and we have two pairs of tickets to give away.

Founded by the Social Club’s Manu Barron and former Eskimo Recordings decision maker Dirk De Ruyck, Abracada is home to the likes of Villa, the Yuksek and Brodinski tag team known as The Krays, new wave throbbers The Aiku and Mikix The Cat.

Only five releases deep into existence and Abracada has been responsible for some genuine club heat, with the languid charms of Villa’s “Beats Of Love” in particular finding favour with the Juno Plus team. All of the label acts will be present at XOYO on November 5 along with Gallic hero Pilooski.

For a chance to win a pair of tickets all you need do is leave a comment with your favourite magician, be it fictional or real. We’ll email the people with our two favourite answers on Friday, October 22.