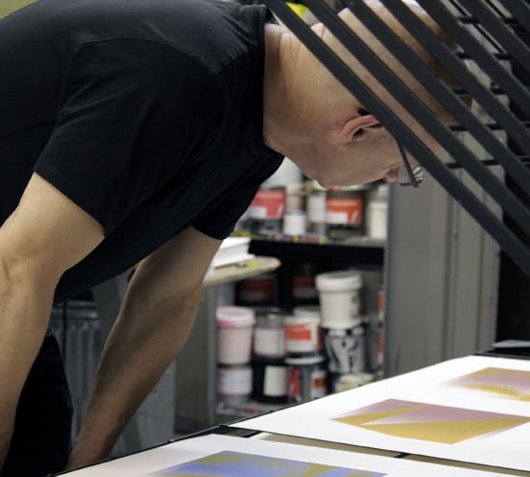 A track from Brian Eno’s upcoming album for Warp Records has been made available to stream at the music legend’s website.

“2 Forms Of Anger”, which features some heavy drum rolls and finishes with lashings of apocalyptic guitar work, will appear on the Small Craft On A Milk Sea LP, which will be released in November 15 in the UK (November 2 everywhere else). More info on that here.

Eno’s site also has a gallery of pictures taken from his recents trip to the K2 Screen Studio in London, where he oversaw the creation of the 250 unique prints for the Collectors’ Edition of the album.

You can stream the new track below.

The full tracklisting for the album has also been revealed – check it out below.