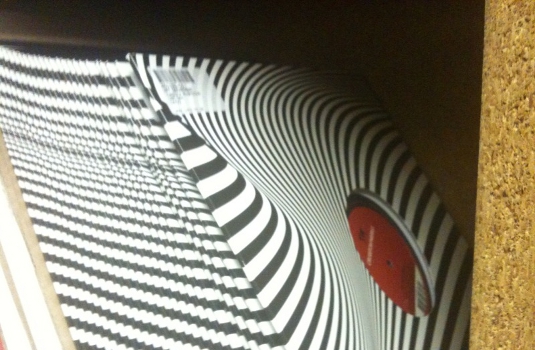 This week at Juno, the tech boffins have been hard at work making sure they hit their Friday deadline of getting the stush new look Juno Plus site ready.

The JP editorial team will be buying them a pint as a thank you for the blood, sweat and sleepless nights at this evening’s Firecracker party at the Horse & Groom. See you there.

We’ve been busy handpicking the best of this weeks releases and there’s plenty to choose from after a couple of quiet weeks in August. For a start, the ART DEPARTMENT 12″ FINALLY CAME OUT. Thanks Crosstown Rebels and Happy Birthday to Damian Lazarus wherever you might be in the world.

Other vinyl treats to land on our desk this week include Eddie C’s superlative debut on the Hometaping label (head straight for the sweaty jack of “Organised”) and the much talked about debut of Squarepusher’s Shobaleader One on Ed Rec that gets a bit overshadowed by a brilliant remix from Mr Oizo.

R & S delivered what is a really luxurious vinyl version of Pariah’s excellent EP and Oneman’s label 502 Recordings got off to an auspicious start with the exceptionally demented low end monster that is Fis T’s “Night Hunter”. Special mention is reserved for Rush Hour who released no less than three quality EPs this week that includes some ultra rare raw Chicago House from Ron Hardy (RIP) and Gene Hunt.

On the download front, Permanent Vacation’s magnificent second volume of Selected Label Works was unveiled and you need to check out for the exclusive Bostro Pesepeo version of Midnight Magic’s “Beam Me Up”. Chicken Lips delivered two tasty remixes of The Love Supreme on the always imperious Tirk and Phantasy finally released that Soulwax remix of Late Of The Pier (though the accompanying Simon Bookish remix proves to be more engaging).

New Ninja Tune singing Eskmo dropped a taste of the future on his single “Cloud Light” and there was a return to our ears for Greenskeeper boss James Curd with “Got To Have” backed with a rather nice shimmering remix from mystery Australians Flight Facilities.

Sacha Dive’s Restless Nights is the pick of a good week for the album buying public with Kompakt finally releasing Superpitcher’s second album, Blakula delivering a mind melting concoction of live Italo horror funk and disco on their Permanent Magic album for Bear Funk, Al Kent releasing a second volume of PAJ Disco Edits and Drop The Lime’s Fabric mix tested the frequencies of the Juno Plus stereo.