LA beatsmith Flying Lotus will follow up his acclaimed 2010 album Cosmogramma with a seven-track EP, titled Patter + Grid World, to be released next month on Warp Records.

The press notes accompanying the release state that “while Cosmogramma is a monolithic convergence of 20th and 21st century musical forms, high in concept and wide in musical collaboration, Pattern+Grid World pulls the focus back to Steven Ellison and his machines”.

It represents something of a bold (or perhaps shrewd) move from Ellison to release an EP just three months after his third album hit the shelves to almost universal acclaim, but of course Fly Lo has never been one to shirk a challenge.

The EP will be released on vinyl, CD and digital formats on September 20. The 12″ version will come with a bonus poster by Theo Ellsworth (check out the artwork for that below). In the meantime you can stream “Camera Day”, one of the tracks from the EP, via the Soundcloud player below. 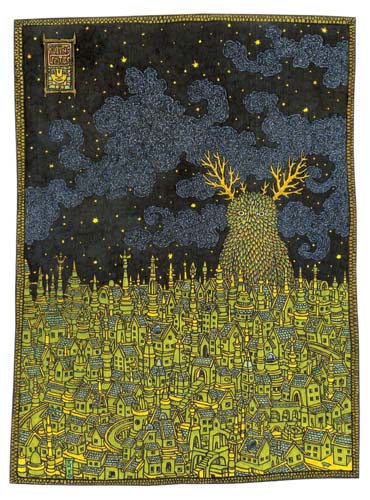