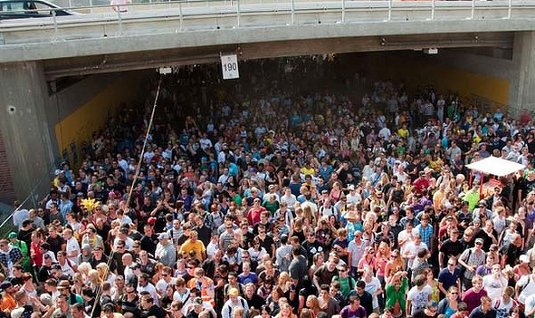 An inquiry will be launched into the stampede that caused 19 deaths and more than 300 injuries at the Love Parade music festival in Germany last weekend.

The scenes of horror were caught on camera as revellers became crushed in a tunnel and mass panic ensued. The tunnel, which was 100 metres long and 16 metres wide, had no escape routes and was also the only entrance into the festival after police closed the grounds due to overcrowding.

Police and city officials have launched an investigation into what sparked off the disaster, which took place at about at about 5pm local time on Saturday July 24. More than 1.4m people are thought to have turned up for the festival.

German chancellor Angela Merkel said an investigation needed to take place. “We must do everything to prevent this from being repeated,” she added.

It was the first time the event had been held in the city of Duisburg. The Love Parade began in Berlin in 1989 as a peace demonstration and developed into a huge open-air music festival.

Our condolences go out to the victims, their families and friends, and all those who were affected by the tragedy.