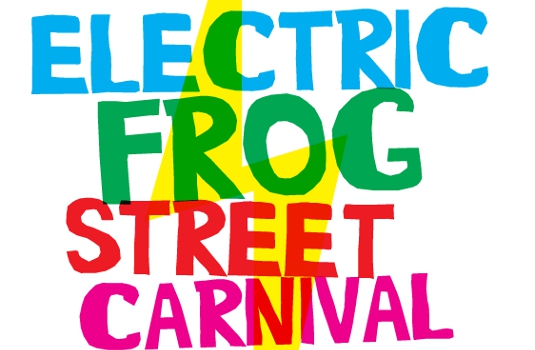 The full lineup for this year’s Electric Frog Carnival in Glasgow has just been announced, with Simian Mobile Disco, Liquid Liquid, Felix Da Housecat, Luke Slater and Trus’me just a few of the acts confirmed.

Taking place at the SWG3 warehouse space in the heart of Glasgow’s art scene on Sunday August 1, this year’s edition shows the Electric Frog brand has grown in strength – adding an extra stage in comparison to 2009’s event and the organisers pulling out all the stops for the lineup.

The event programmers have deftly chosen a selection of internationally renowned acts to perform exclusively at the all day event, with the likes of iconic New York post punkers Liquid Liquid headlining the Optimo Espacio marquee and joined by Simian Mobile Disco, Alter Ego and rising London act Factory Floor.

The latter is one of many local acts complemeting the lineup with the likes of Simon Cordiner (Melting Pot) and Billy Woods (Supermax) amongst the familiar Glaswegian faces propping up Mancunian disco boogie star Trus’Me in the Street Party area.