Oizo and Gaspard get Rubber 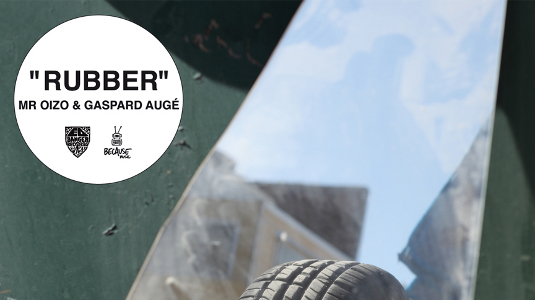 Mr. Oizo and Gaspard Auge of popular Gallic beat combo Justice have collaborated on Rubber, the official EP of Mr. Oizo’s upcoming film of the same name – with a release date set for Monday July 12.

As well as being one of France’s more respected electronic producers and possessor of a fine beard and unique sense of humour – check his twitter account – Oizio aka Quentin Dupieux has taken a more recent interest in cinematic direction. Dupieux has been busy of late preparing his latest film Rubber which depicts the homicidal rampage of a tyre blessed with psychokinetic powers.

Rubber premiered at this years Cannes film festival and is set for general release in mid September.This accompanying EP, which contains the intriguing prospect of a remix from the excellent Flying Lotus, will no doubt temporarily sate the appetite of Justice fans across the globe eager for a second album from Gaspard and Xavier.

A trailer premiering music from the film is available to view below though we should warn you it contains scenes of violence.

Out July 12th on Ed Banger / Because Music