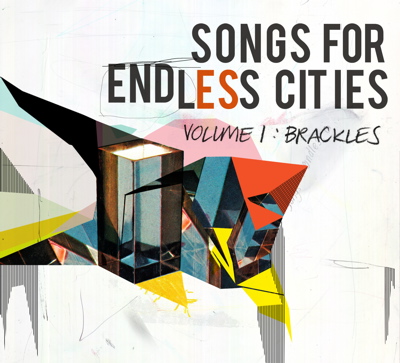 London producer Brackles will curate the first volume of the Songs For Endless Cities compilation, set for release on !K7 in August.

The 24-year-old, who runs the Blunted Robots imprint with partner in crime Shortstuff, has plumped for a mix that touches on elements of techno, garage, dubstep,  house and UK funky, with Flying Lotus, Floating Points, Kyle Hall, Cooly G and 2562 all appearing.

The mix also contains a brand new and exclusive Brackles track, “Blo,” which, he says, represents something of a different sound for the producer.  “I’m not moving towards just doing a “deep” sound, I just wanted to try something different from what I usually do,” Brackles adds.

“I enjoy challenging myself with different styles and tempos.  I think I’ve jus opened my eyes a bit to what is going on elsewhere and am now just trying to rep good music. In terms of production I think you can still hear a lot of the dubstep influence in what I make.”

Songs For Endless Cities: Volume 1 will be released on August 31.