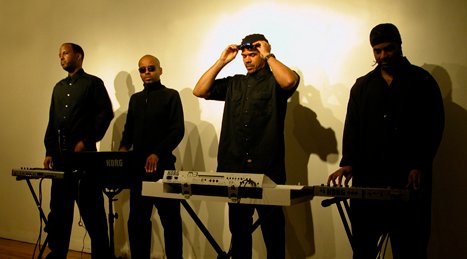 Model 500 – the seminal electronic project of Juan Atkins – will release a new EP later this year, the first since 1999’s Mind And Body.

Originally a solo project, Atkins has in recent times called on friends ‘Mad’ Mike Banks, DJ Skurge and Mark Taylor to form a live outfit. Appropriately, the new EP will get a release on R&S, the Belgian label that was so influential in releasing the early work of Atkins.

You can stream clips of two of the new tracks, namely “OFI” and “Huesca”, on the R&S MySpace page.

The timing, in many respects, couldn’t be better: 2010 has seen Detroit and Chicago firmly remind the world of its importance to electronic music, thanks to a slew of fine reissues from crate digging European labels like Rush Hour and a host of new material from Moodymann, Urban Tribe and Hieroglyphic Being to name but a few.