Scottish electro fiend Drums of Death – he of the scary black and white make up – will release his debut album this summer via the Greco Roman imprint.

The producer, who is actually called Colin Bailey and a very nice bloke, had this to say about the album: “It represents a broader view of what I do. This is pop music on my terms, this is the start of something and I hope you all like it.”

The album, to be titled Generation Hexed, will be released in the UK on August 23 and in late September in Japan and Europe.

The press release assures us that the album will be accompanied by a “live tour and a series of dancefloor-orientated Dubs of Death that show his darker side”.

The past 18 months have already been a rollercoaster for the man from Oban, with the inevitable “one to watch” tag slapped on his forehead by all and sundry. This was followed by tours with Hot Chip and Peaches and remixes of Franz Ferdinand, Alphabeat and Tricky.

Check out the album artwork and full tracklist below. 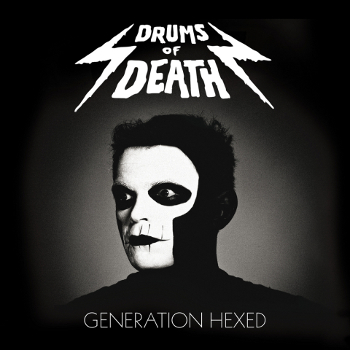