Chromeo: Keep The Lights Off 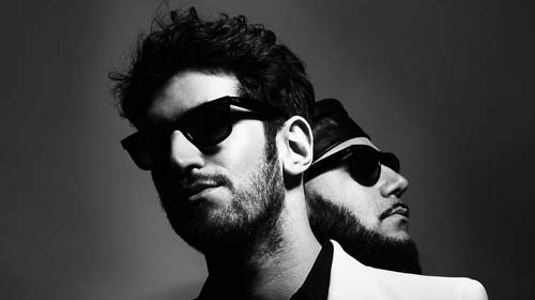 Chromeo return at the end of the month with a new single “Don’t Turn The Lights On” backed with some exciting remixes from Aeroplane, Carte Blanche and Christian Martin.

“Don’t Turn The Lights On” will be dropping on June 28 ahead of the summer of festival wowing for the duo known as P-Thugg and Dave 1, with their third album Busines Casusal prepped for release in late September on Backyard Recordings.

Chromeo are in typical Roger Troutman-esque form on “Don’t Turn The Lights On” with vocoders, italo disco keys and lyrics pertaining to sex all present, which should be good news for fans of their previous output which includes the massive singles  “Bonafied Lovin’”, “Fancy Footwork” and “Tenderoni”.

Fans of Chromeo who call themselves Londoners can get a sneak peek of the new material when the duo play a low key single launch at Old Street venue C.A.M.P. on June 29, with the intimate surrounds of the clubs basement a perfect setting.