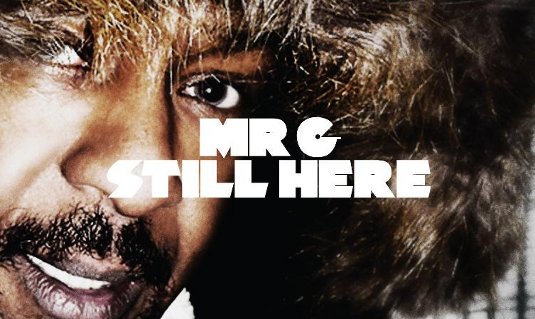 Since starting out as part of the KCC DJ trio in the 90s, G’s discography has grown with releases on labels including Defected, Duty Free, The End and Skint, as well as remixes for the likes of Miss Kittin, Josh Wink, Xpress 2 and more. Yet a debut album stands as a high watermark in the veteran’s production career.

The album, to be titled Still Here (Get On Down), will be released on June 21 and promises to showcase McBean’s wide range of influences. He’s even been kind enough to provide a blow-by-blow description of each track, and you can have a sneak peek at the tunes via the Juno Player below:

A track-by-track breakdown from Mr G:

“The opening track – “deeper inside myself” – it says I’d been ill for a good while and my faith kept me strong so I feel blessed and give thanks. Deep and hypnotic.”

“I’m a rum master, I love rum and know a lot about it. It plays a big part of all I do… I’m always on the hunt for new and unknown rums and have a real passion for it. I call it firewater and the tripped out jazziness at the end of the track is the effect when firewater licks you in.”

“I went to Paris to see and exhibition on ole Jazz art and saw a lot of racist images in the covers of these old records, the cover that shocked me most was the ‘Dark Town Orchestra’ hence the name. Also the track has a dark undertone, mixed with sadness, with a haunting melody line.”

“I learned to play tennis with my friend Ceza and she gave me a book about plato and all the different platonic solids – air, water, fire etc. And No.5 is a mix of them all… Also, I was fighting illness and feeling like life was crazy, that’s why there’s that funny wailing going on in the background. It had to be there…”

“Yeah ‘get on down’ that’s all I have ever done or wanted to do is boogie, and I’ve been doing it for a long time, hence the album title. Also I started out as part of KCC, making house with that dub vibe… so for me its always about a good bassline, and I think this one’s heavy!”
6. Space Bassed
“I’m the original disco bunny and I love that era with all its campness and big strings and driving bass. I love my roots and bass and this one is my version of future disco, old yet still new.”

“When I hear or make music or in fact anything touches me I shout ‘Rah Lord Have Mercy’. Also I’d just come back from the Panorama Bar Berlin and had a fantastic time and was very influenced by that sound I called Dettmann tech… hehe! There are so many layers on this sound and you have to hear it best on a big system to get the best out of it.”
8. Light n’ Shade
“This says a lot about my sound, with light and shade both needing one another to make a great picture… I still use analogue equipment to make my beats, very old school.”

“As I said I’m really a soulboy and my love of ballads shows in this and also leaves people in different place after all the different beats on the album… It’s mellow and gives you a taste of what may follow on the next album. Food for thought? Took you in one door and left you at another.”
Previous article
Next article