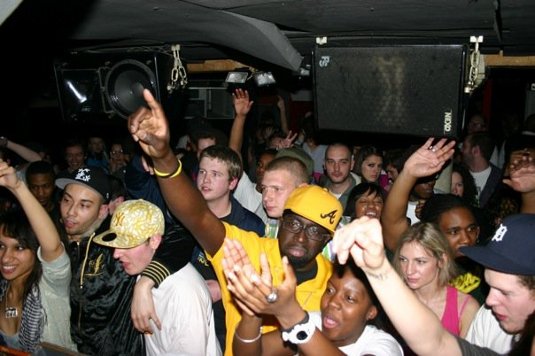 Legendary east London nightspot Plastic People has been served with a police notice that may force it to close its doors as early as next month.

The notice, which relates to issues of public nuisance and crime, has been posted on the door of the famed venue on Curtain Rd. Plastic People have until the 11th March to appeal.

A Facebook group formed to save the venue has already attracted more than 4,000 members (edit: make that 5,000). The group, started by DJ Benny Blanco, says:

THE POLICE ARE TRYING TO SHUT DOWN PLASTIC PEOPLE

There is a notice outside the door saying there are 2 reasons why the Police want to take the license away.

Plastic People is one of London’s most esteemed venues, attracting a knowledgeable music crowd with its small, dimly lit dancefloor and peerless Funktion 1 sound system.

The news comes soon after it was revealed that the future of the iconic Ministry of Sound is under threat because of a proposed property development.

An online petition is on the way. In the meantime, you can join the Facebook group and voice your support here.