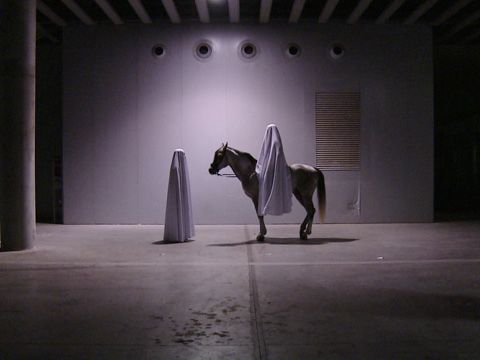 Sónar – one of the world’s leading electronic music festivals – will branch out from its Barcelona home next year.

The 2010 festival will be take place simultaneously in Barcelona and A Coruña, the first time in its history that it has been held in two locations.

The image is associated with Galicia and takes the form of a full-length film. The film is entitled ‘Finisterre’, and includes six chapters and an epilogue. It looks at the introspective journey undertaken by two ghosts who during Sónar 2009 decided to travel along the Way of Saint James to the end of the world. Once they arrive, they begin a fleeting new period on earth.

Watch the preview of  ‘Finisterre’ by clicking here.