It’s a synth. It’s a sampler. It’s a drum machine. It’s a sequencer. It’s an effects unit. It’s a looper. It’s a vocoder. But is the new Organelle any good? 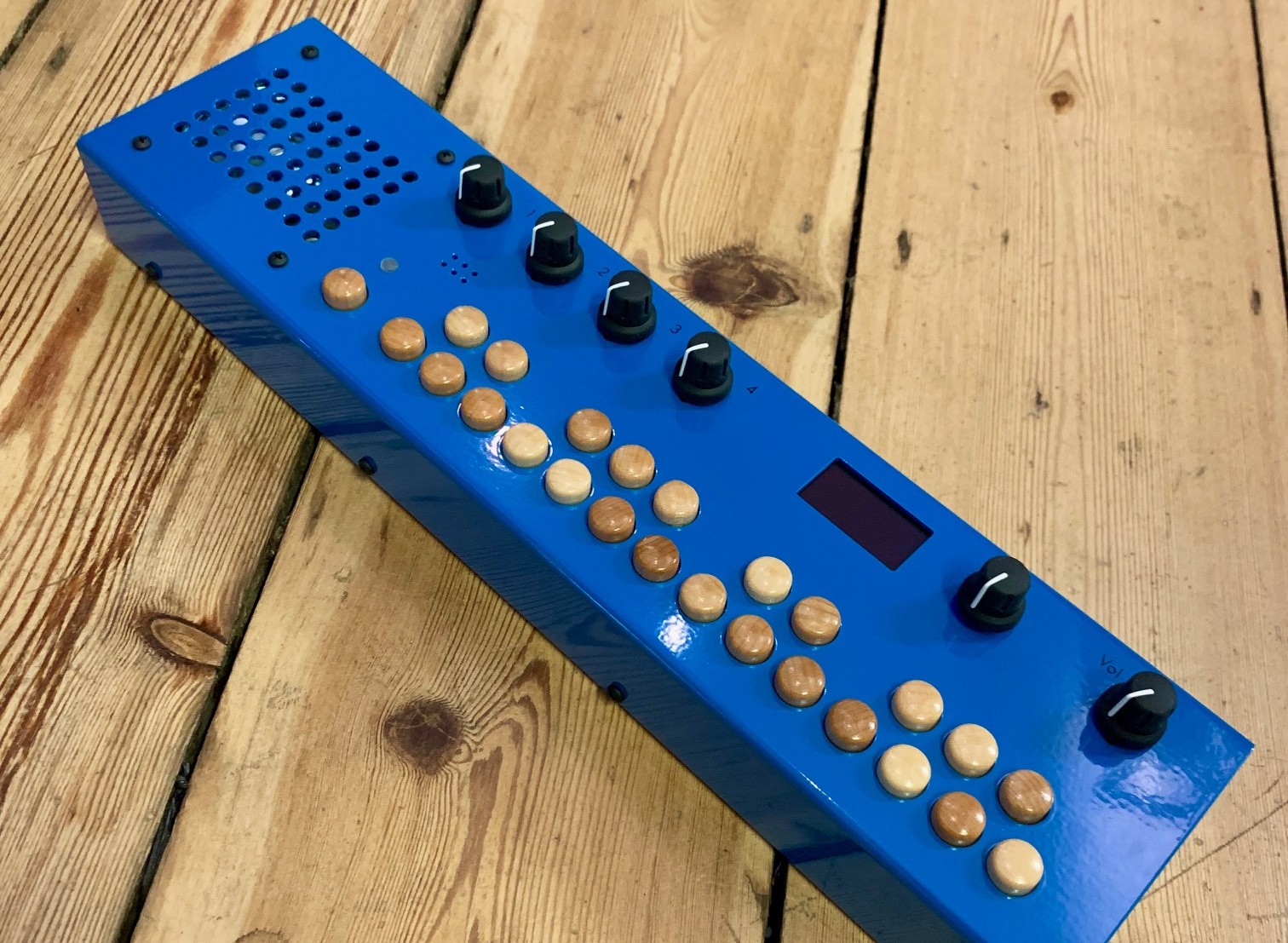 Marketed by creators Critter & Guitari as a ‘sound computer’, the Organelle M is something of a curio – a unique box of tricks that, despite its outwardly-toylike exterior, packs some serious sonic punch. It’s built around a computer that runs patches, each patch allowing the instrument to take on different forms. Couple this with onboard hardware for sound input and output, mappable knobs, keys and buttons and you have the means to select and/or create patches that synthesise, sample, effect, and anything in between.

This revised Organelle M model differs from its predecessor – known as the plain ol’ Organelle – by the addition of a speaker, microphone, battery power and a pair of space-saving 1/8” MIDI jacks that connect to standard 5-pin MIDI cables via adapters. The M version has also been upgraded internally with a faster 1.2 GHz quad-core, 64-bit processor, twice as much RAM – 1 GB to be exact – and an improved web-based interface for patch management and Ableton Link wireless tempo synchronisation. Lurking in a small brown paper envelope in the box, you’ll find a tiny W-iFi dongle to facilitate those last two features. This plugs into one of the two USB ports found on the right-hand side of the unit.

The Organelle M can be powered by four standard AA batteries, which comes as something of a relief to UK customers, as it currently only ships with a two-pin US power supply. So if you’re in the UK and don’t have a two-pin travel adapter to hand, batteries will get you started. 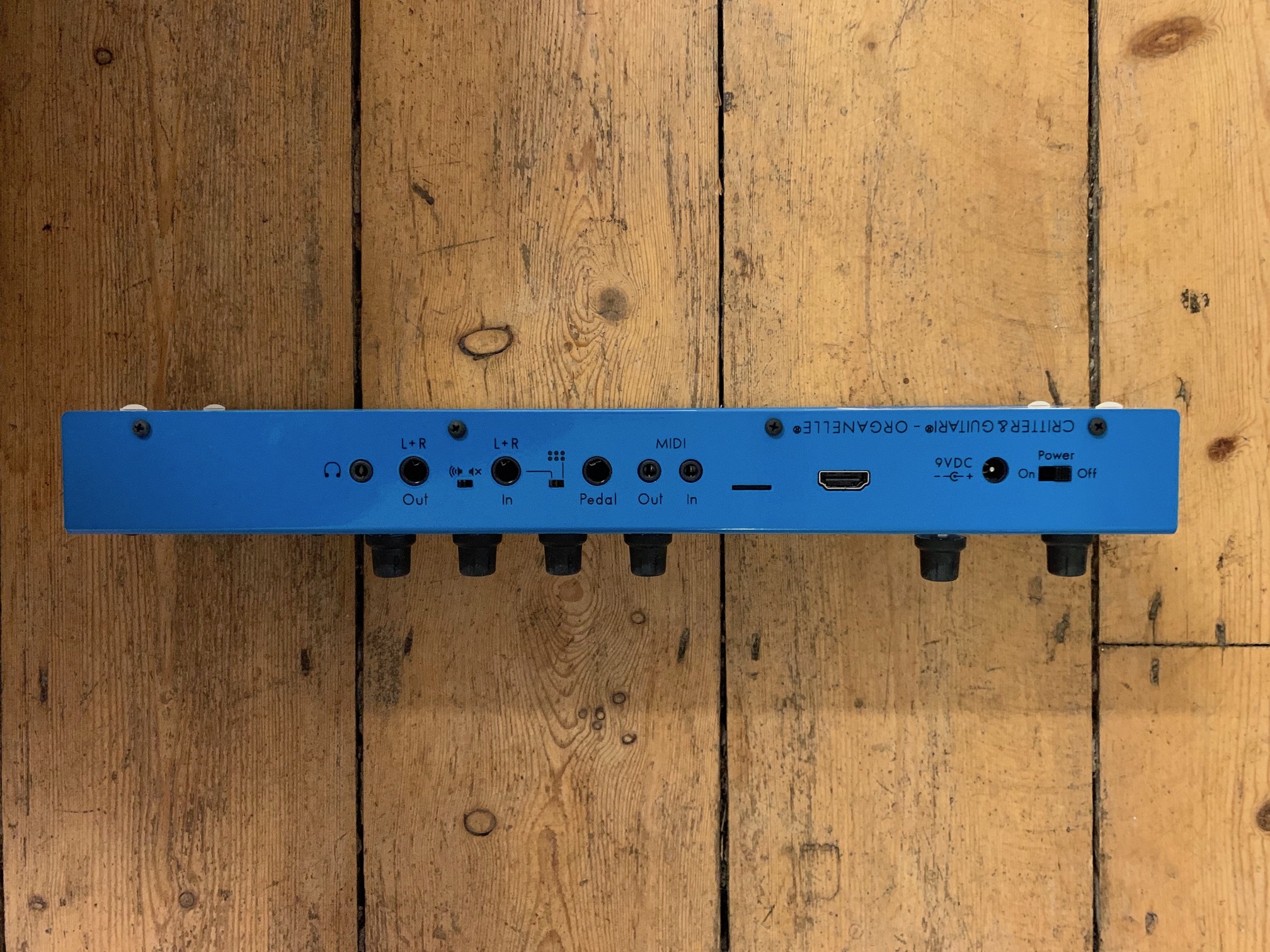 The rear panel contains the on/off switch, a headphone minijack port, the two MIDI ports, a speaker on/off switch (plugging in a set of headphones does not automatically mute the speaker output), a microphone/line input switch, 1/4-inch stereo audio in and out sockets, an expression pedal port and an HDMI output, used to connect an external monitor on which to display the internal computer’s command-line and graphical user interface if you’re serious about programming your own patches. There’s also a discreet slot containing a microSD card that acts as the internal computer’s root disk and also stores the patch data. The labelling of the sockets and switches on the rear is printed upside down, so that it’s readable when you’re peering over the top of the unit to plug things in, a common-sense approach it’d be nice to see adopted by more manufacturers.

The front panel sports the built-in speaker and microphone, plus a row of four assignable rotary encoders, but the standout physical feature of the Organelle is surely those 25 rounded, wooden keys, fashioned from polished maple. Unashamedly tactile, these respond with a firm click to the touch, and it feels like you’re playing music on the beads of an antique abacus. A 26th key with its own status LED functions as an ‘Aux’ button to access various functions, while the tiny monochrome, high-contrast six-line OLED display is incredibly sharp, making it easy to read despite its diminutive stature. Adjacent to this, a push-and-click rotary encoder functions as the main scroll and select control for the sub menus, and a dedicated volume pot rounds things off. 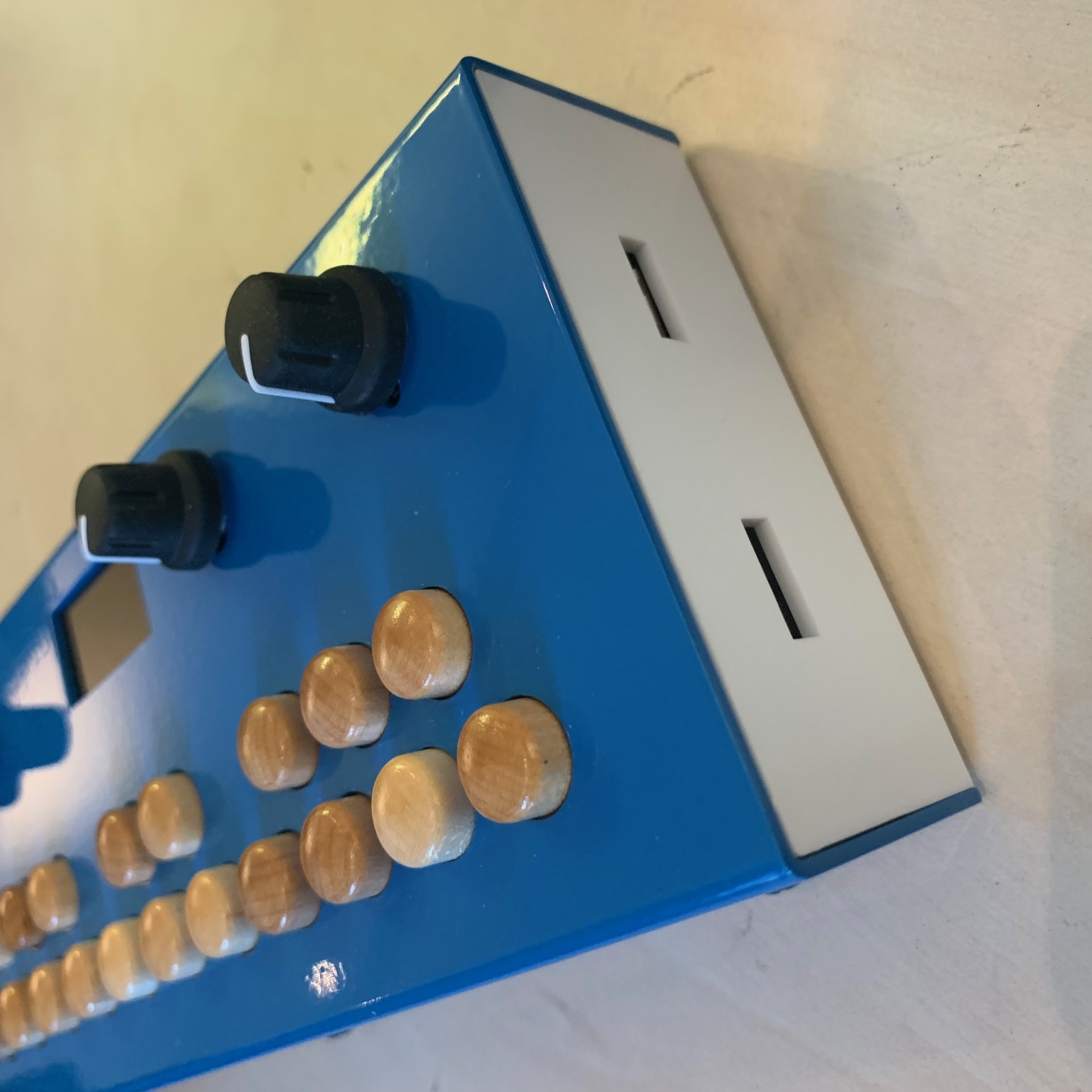 While searching for something with a similar form factor to compare the Organelle to, the object that popped most readily to mind was a carton of cigarettes. Functionality-wise, it’s equally difficult to compare it to anything else on the market as there are so many audio-related tasks to which it can turn its quirky hand. It’s a little reminiscent of the Sherman Filterbank in terms of size and weight, but capable of much more than just mangling sound.

It’s probably best to describe the Organelle M as a kind of a sonic Swiss Army knife. Its flexibility lies in the abundance of downloadable patches that can be loaded into the device to transform it into whatever takes your fancy. The variety of functions on offer can be ably illustrated by the category tags you encounter while tip-toeing through the comprehensive online patch directory – the Organelle seems like it can turn its hand to just about anything sound-related. It’s a synth. It’s a sampler. It’s a drum machine. It’s a sequencer. It’s an effects unit. It’s a looper. It’s a vocoder. 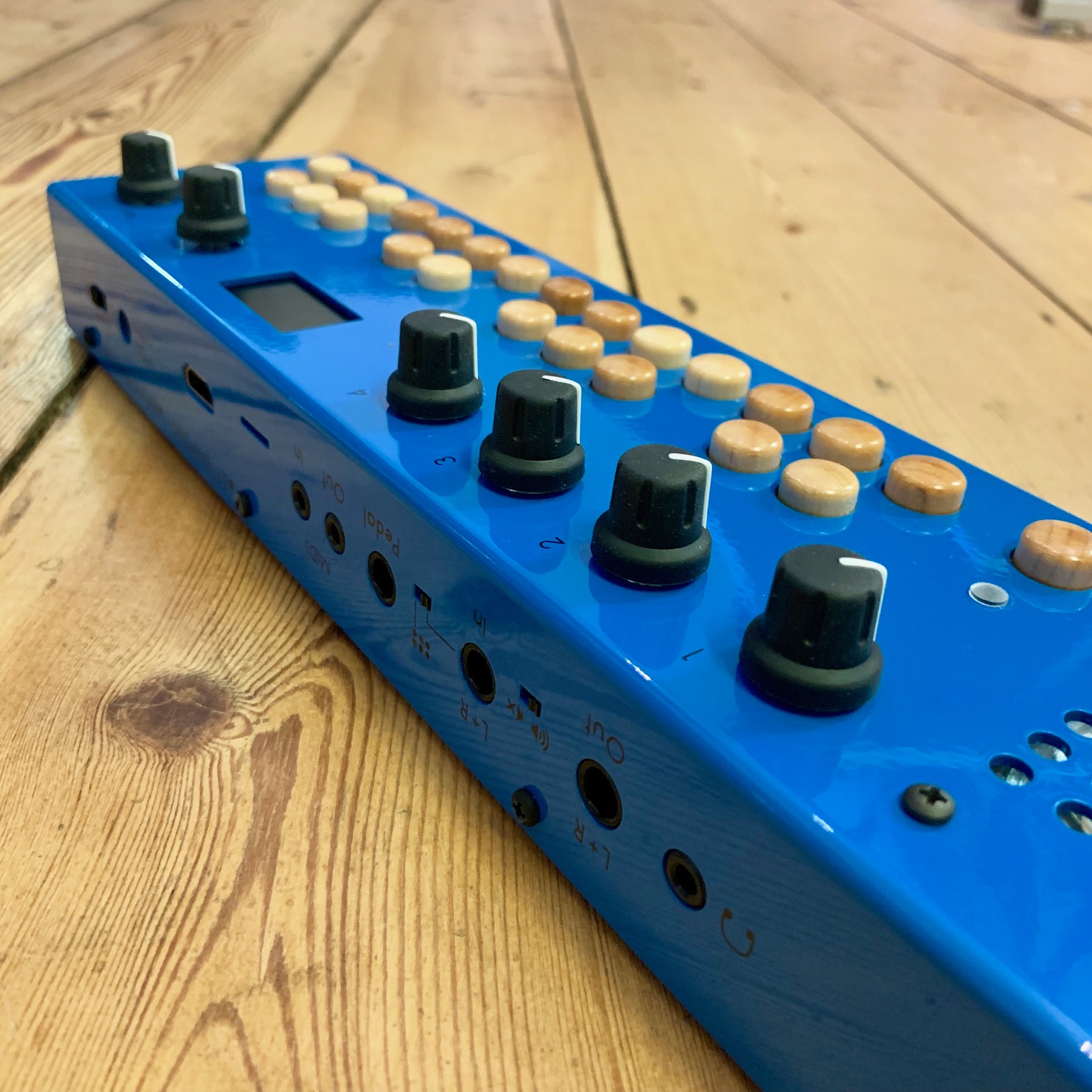 The unit ships with a selection of factory-loaded patches, and additional ones can be downloaded from the website and transferred to the Organelle via a USB drive. Each patch allows the Organelle to assume a different identity, and the thriving online community emerging around the device means that the list of user-supplied patches is constantly growing.

Since the Organelle is essentially a computer in and of itself, if you fancy it, you can plug a mouse, keyboard and monitor into the unit and use the free, open-source Pure Data software (a visual multimedia programming environment), to create your own custom synths. There’s a variety of available synthesis methods on offer, ranging from common-or-garden additive and subtractive synthesis, through FM, wavetable, granular, physical modelling – you name it. The Organelle can also run apps such as Orac 2.0, a free, multi-platform, standalone virtual modular synth. 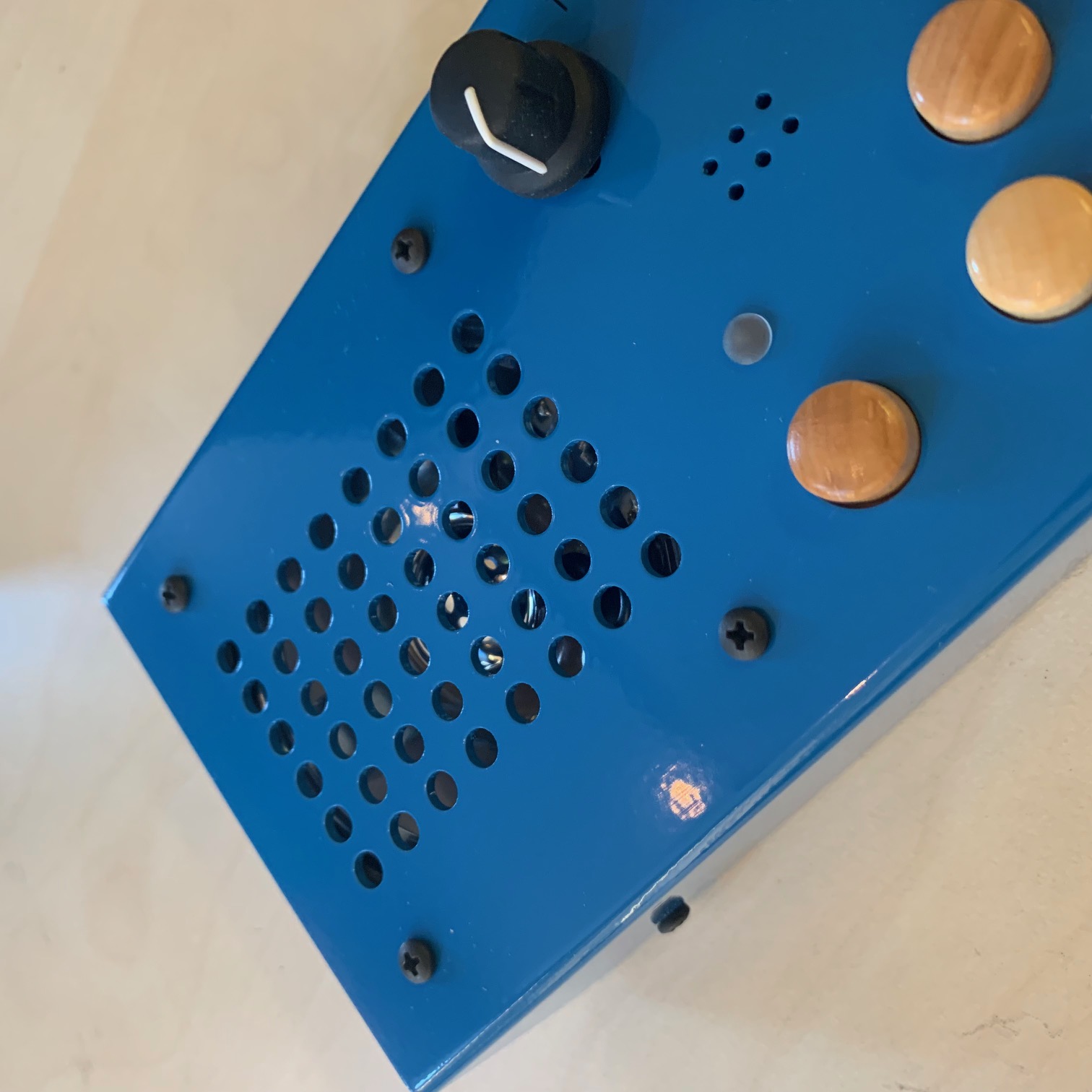 I had some success using the Organelle as an external effects processor hooked up to Ableton Live via the External Audio Effect device. I connected the Organelle’s audio input and output jacks to my audio interface and selected this as the source in the plugin. From this I was able to successfully use the device as an external effect processor, loaded with presets like ‘FX13’, which is a multi-effect that stores a different preset effect – reverb, delay, phaser etc – on each of the wooden keys, with editable parameters for the current effect mapped to the four knobs. On another occasion I used the ‘Transient Segmenti’ patch to sample a sequence of percussive sounds via the on-board microphone, which were then each automatically detected by the patch, sliced out and assigned to a single wooden key for re-sequencing. Yet another patch, ‘Pow Pow Polybeats’, is a simple drum sequencer that lets you apply a different loop length to each sound in your sequence, resulting in some intricate polyrhythms – a great way to quickly come up with some truly unorthodox beats.

At over £500, it might be easy at first to dismiss the Organelle M simply as a pricey toy. Initially a bit of a head-scratcher of a device, finding a meaningful slot for it in your production workflow could take some time to figure out. However, in the short time spent with the unit for review, it rapidly became clear that it’s so much more than a plaything for making weird and wonderful noises. If you’re into sound design, found-sound sampling, sequencing, live performance, experimental beat-making, creating your own synths and sound processors, or simply discovering exciting and innovative new ways of making music, the Organelle M should rank highly on your wish list. 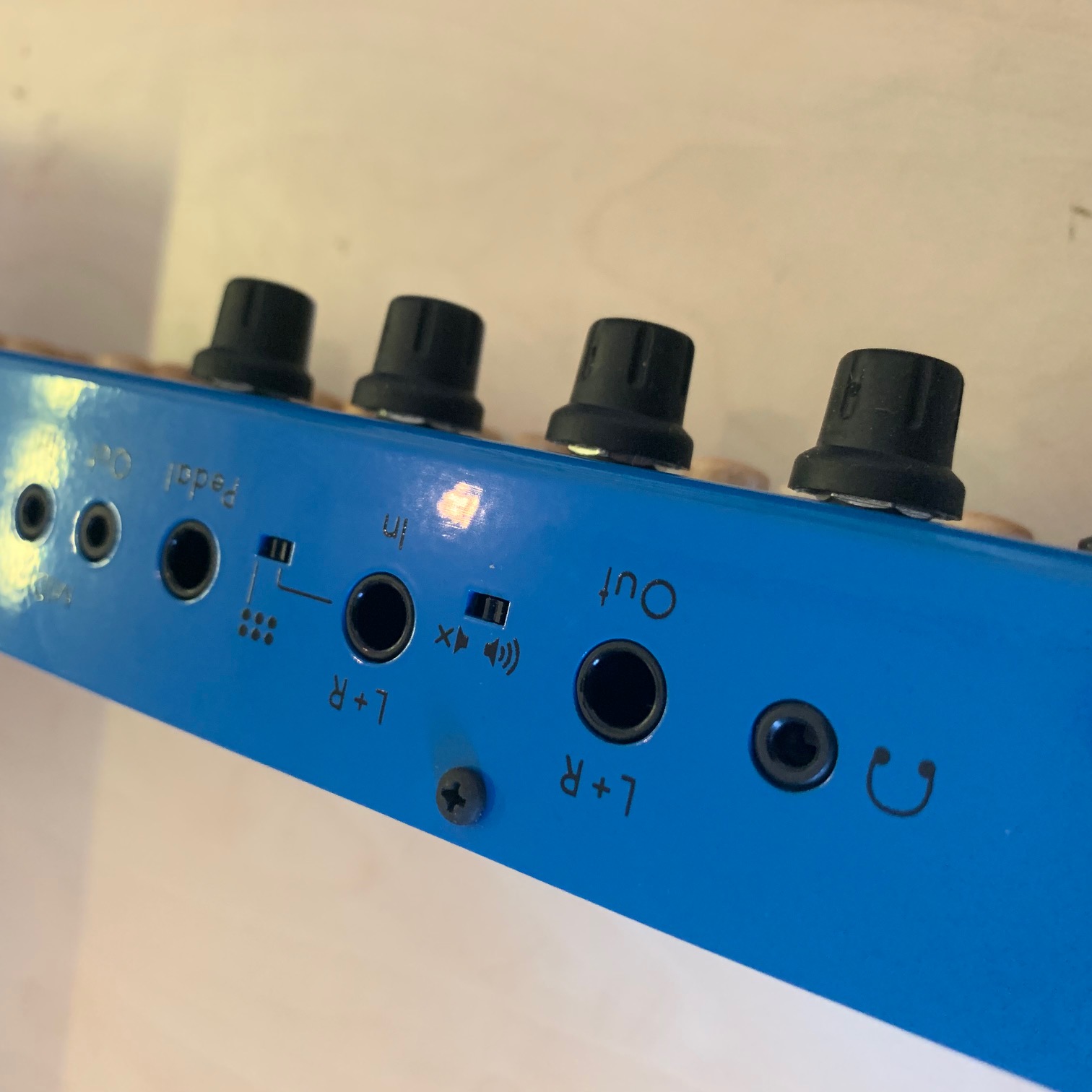 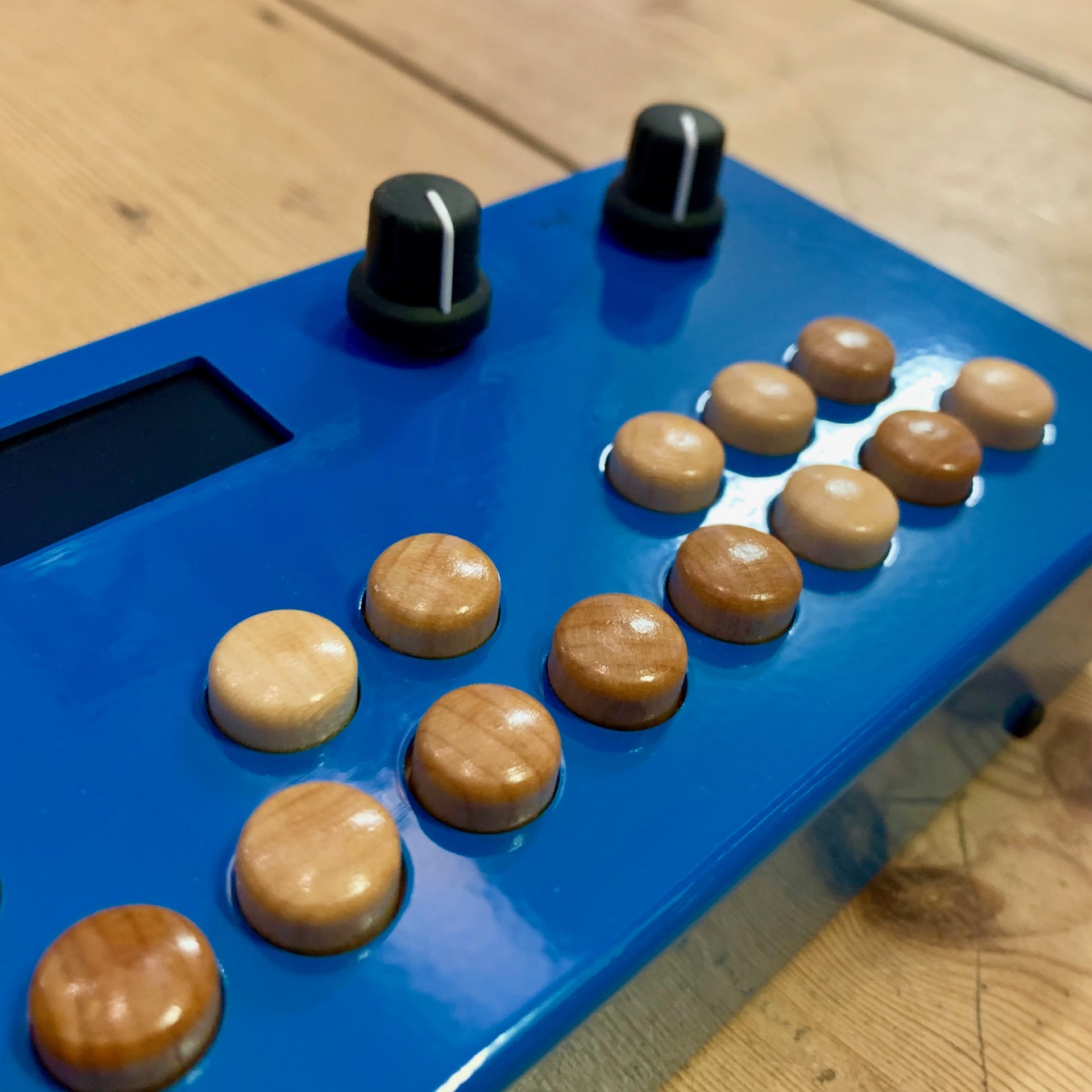 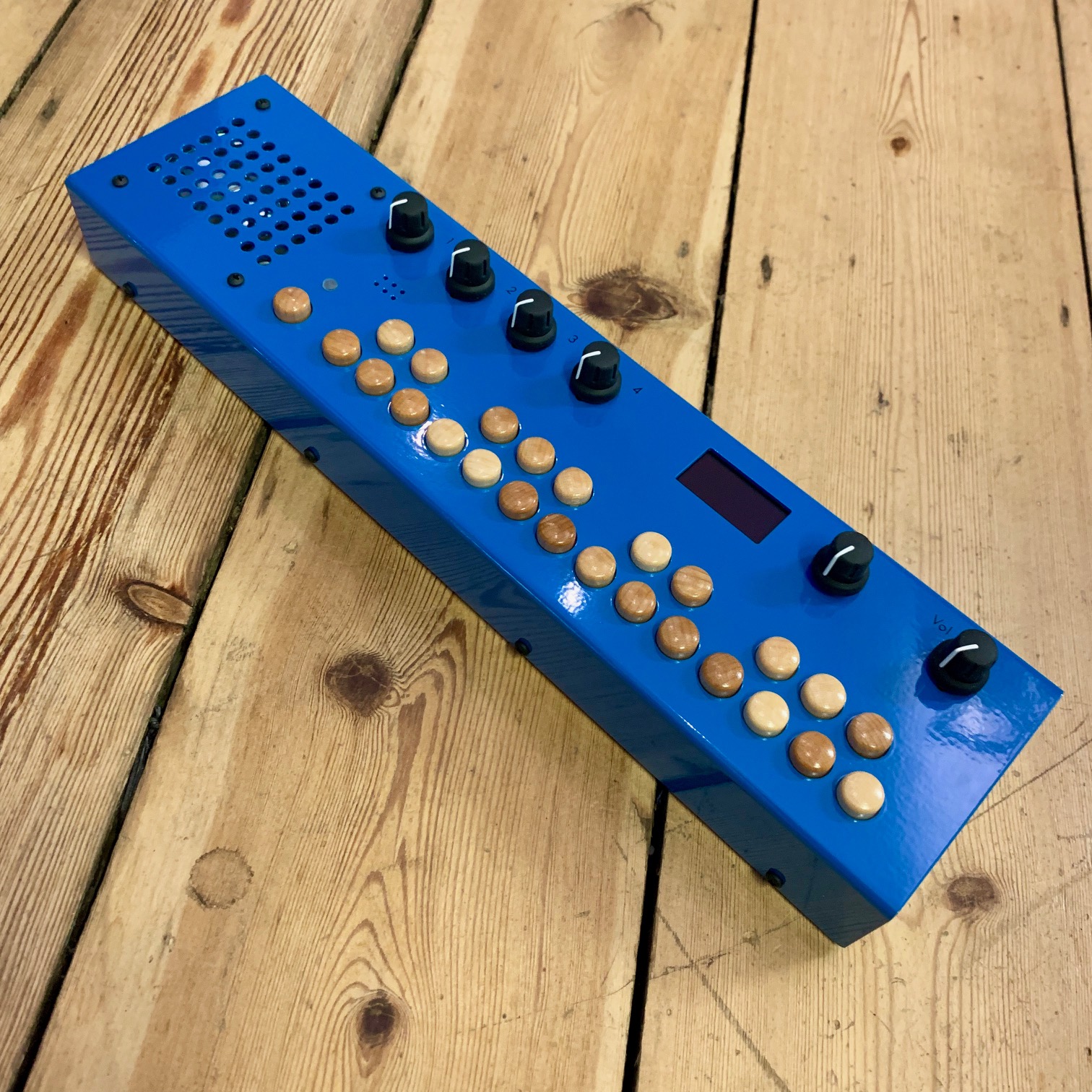