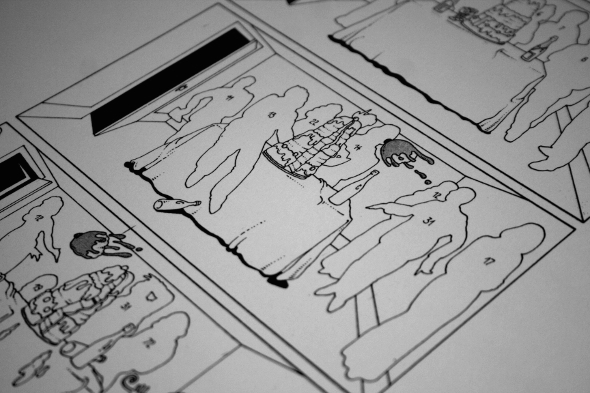 The UK dominates this week’s selections with releases from Hinge Finger, Timedance, The Trilogy Tapes, Demdike Stare, UIQ and Astral Industries to US cuts from Joey Anderson, Proibito and Dark Entries plus the latest drop from Canada’s 1080p.

In recent times it’s felt like Joey Anderson has been drifting towards a more aggressive twist on his hypnotic, cerebral brand of house music, particularly noticeable on the Invisible Switch album for Dekmantel. Here on his own Inimeg outlet, he seems to be returning to a more serene, seductive brand in line with his earlier work, and what a treat it is as well. “You Ain’t Going Home With Me” is an especially captivating experience, the woozy late-night hum of the synths offset by an arresting vocal hook from Ebony Ugo. “A/E (Absolutely Eclectic)” features Ralph Ugo – presumably some relation to Ebony – delivering a series of oohs and aahs over an infectious wriggle of dubbed out drum machines and snaking melodies. The lead track is no slouch either, moving in slow, moody patterns that speak to Joey’s strengths, making this one of his strongest works to date.
Listen/buy vinyl 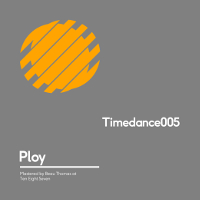 By now, as Batu’s Timedance label reaches its fifth release, there is a certain innate identity taking shape amongst the mixture of artists contributing to this particularly charming corner of the Bristolian bassweight fraternity. Following L.SAE and Lurka chipping in to Batu’s vision, Ploy steps up next having made a splash with his first outing on Hessle Audio. Even before you stick “Iron Lungs” on you know that the sound is going to fit the Timedance aesthetic, and sure enough metallic, pneumatic blasts dominate the mix as they lock horns with a slow marching dread beat of the highest calibre. While the premise might be familiar, it’s no less imposing and impeccably executed. “Number 24” meanwhile gets into a more meditative roll, balancing a tribal percussion set with stirring pad tones in a most haunting, yet thrilling, of ways. “Footprints In Solid Rock” cools things down with a simmering, distant lurch that hides much detail in its minimalist garms.
Listen/buy vinyl 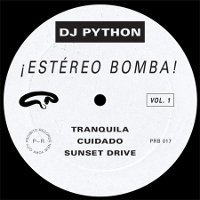 Staggering out of the mists of the Lovers Rock camp in New York, DJ Python may have already crept onto your radar as DJ Wey, but it seems as though he’s channelling more energy into this more slithery alias at present. There’s a lot of talk about ‘deep reggaeton’ hovering around this release, but it might be wiser to side step genre ‘innovation’ and focus on the quality of the music instead. If you’re a fan of that woozy, soft focus techno style that lingers around Python’s cohorts such as Ital and Earthen Sea, then you’re sure to enjoy Estereo Bomba! Vol 1. On the aptly titled “Tranquila” a fine balance is struck between undulating background tones and dripping globules of delayed melody and percussion, while “Cuidado” strips things down to a more rhythmic core without losing that mellow yet purposeful mentality. “Sunset Drive” is equally serene in its disposition, gently building without the need for any arrangement fireworks to upset the hazy mood.
Listen/buy vinyl 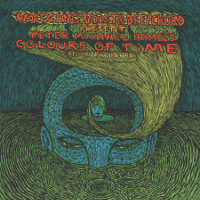 For their artwork alone, UK label Astral Industries have already established themselves as a highly collectible, aesthetically satisfying concern heading into that mythical ‘buy-on-sight’ realm. Fortunately, the sounds contained within these fetchingly illustrate sleeves are equally appealing, apparently leaning towards avant-garde and ambient music with one eye on techno and the other on the stars. Following previous outings on the label, Wolfgang Voigt and DeepChord are both invited back, this time to both tackle the work of noted German composer Peter Michael Hamel. Considering the artists involved, its little wonder that the results on Colours Of Time: Re-interpreted are refined, expansive and utterly magnificent in their execution. A thunderous drama hovers around Voigt’s side, while DeepChord plough a more tender furrow, making for two distinct but complementary pieces that treat the original material with the utmost of respect.
Listen/buy vinyl

Nagamatzu – Above This Noise (Dark Entries)

Considering the volume of material they dig up and reissue these days, it’s easy to glaze over some of the output of Dark Entries no matter how worthy it might all be. There are of course the exceptions that can’t be ignored, and Nagamatzu is one such gem. As ever the sound fits into that murky underworld of post-punk, wave-y industrial mulch that the Californian label prefers, although with Nagamatzu there is a stronger prevalence towards the traditional band set up which stands out once Above This Noise starts up. This release collates together some of the finest works of this curious UK duo, but it’s remarkable how naturally it sits together as an album. This is pure British malaise, evoking dreary skies and the straining hope of the new wave movement in a time of social unease, at turns beautiful and malevolent like the best music of the era should be.
Listen/buy vinyl 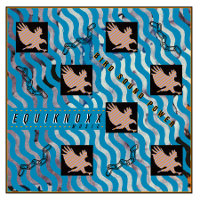 Coming out of a world not touched by the usual tributaries of contemporary Western music culture, Equiknoxx are a new name to many even if they have some heritage in producing in Jamaica. The trick is in the way they approach the dancehall style, subverting some of the clichéd qualities and looking for space and minimalism as a vehicle for experimentation. You can see why the Demdike Stare crew have been so enamoured with this music, and it certainly has echoes of the digital dancehall variations that were coming from Beta Bodega and Metatronix amongst others in the past. Either way Equiknoxx have their own sound going on, and it’s a razor-sharp, fat-free dagger aimed straight at the heart of the dance. This collection, which draws on previously released and new cuts alike, serves as an essential primer for an artist you might have otherwise never come across.
Listen/buy vinyl 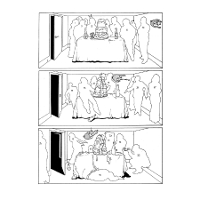 Taking a break from his more slamming techno productions, Blawan indulges a more meditative mindset on this new project for The Trilogy Tapes, and in doing so reveals there’s much more to the prodigious artist. The title track on this EP sets the tone for this new venture in fine style, using a sparse rhythmic template and affording space to psychoactive threads of synth tinkering for a truly engaging end result. “Check Up From The Neck Up” is a more feisty proposition, but still the mood remains dusky even if the techno motifs are more pronounced, and “But We Need This Bench” strikes a happy medium with its punchy presence and snaking melodic content. Quite different to what you would normally expect to hear from Blawan, this record opens up the possibilities for a thrilling diversion into spiritually enhanced dance music for dark nights.
Listen/buy vinyl 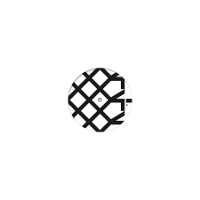 It’s become clear at this stage that Lee Gamble’s UIQ label is committed to the most exciting twists on hyper-modern computer music. After the dazzling Zuli record, this EP shines a light on another precocious talent in Lanark Artefax who seems particularly gifted in contorting beats and tones into mutant shapes with the shock of the new that only the most inventive of producers can muster. Rather than any obvious danceable reference points, instead the Glasz EP heads straight into the digital undergrowth where techno, electronica and bass music can get into a tryst of startlingly original sounds. In that sense, “Phaze (S_h_i_f_t)” stands out with its head spinning ripples of heavyweight percussion and shattered glassy tones, somehow glued together by blissful splashes of pads and yet sounding ready to rip apart at the seams at any given moment.
Listen/buy vinyl 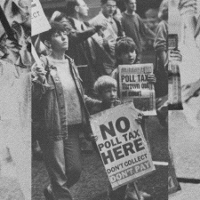 Never a label to over-egg its presence, Hinge Finger returns after a couple of years of silence with a powerful new offering from label boss Joy Orbison and meandyou. regular Herron, and it’s as vital a slice of contemporary techno as you could ever wish for. The theme is very much a broken, densely detailed one, not least on “Bells, Walking” with its percussive foliage being bathed in emotive pulses of synth. There’s also plenty of space for experimentation throughout, with “Gudrun” marking out a particularly impressive line in reduced, intricate rhythms peppered with glitchy decoration. Whatever you might imagine the two artists combined would come up with, the chances are this sounds better than what was in your head. Just look to the low slung magnificence of “Dripback” if you need further proof.
Listen/buy vinyl 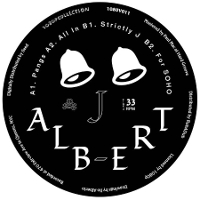 While the breakbeat fever of recent years may be cooling down somewhat now, there’s still space for original expression within the well-worn practice. It’s no exaggeration to say that J Albert has exploded onto the radar since first appearing on Lovers Rock last year, now boasting a fully-fledged catalogue of releases that feature his intriguing take on house music. This first turn for 1080p positively leaps out of the speakers to command your attention, revelling in chopped up breaks aplenty on “Pangs” with the chunky drums offset by a wonderful thread of spooked-out melody that manages to be both nocturnal and sunkissed in equal measure, if such a thing is possible. Every one of these tracks brims with imagination, crafted with a keen ear for detail and fully primed to storm the floor in a satisfyingly unconventional manner.
Listen/buy vinyl