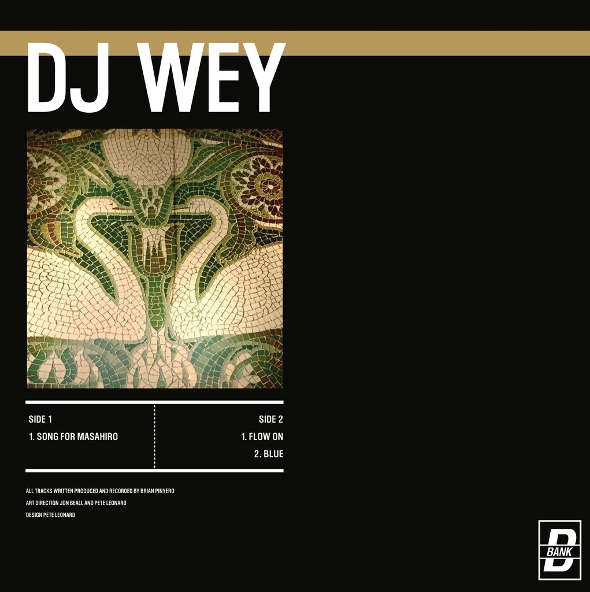 The Queens-based producer is next on Entro Senestre’s label with a self-titled 12″.

The name DJ Wey first popped up on Ital’s Lovers Rock label in late 2014, with a track memorably described as a “ferociously addictive gob of melted plastic drizzled atop a slamming martial beat and a strangely leering vocal break.” We’ve become increasingly familiar with DJ Wey’s work since then; last November he got a proper Introduccion on Lovers Rock and returned to the label this year with a contribution to another split 12″ under his DJ Python alias. It transpires DJ Wey/Python is the work of New York resident Brian Pinyero, co-host of the Brian & Brian’s open house party with namesake Huerco S. A recent, and rather excellent, label profile on Lovers Rocky by Will Lynch at RA sheds some further light on Pinyero, and is worth a read.

Ahead of a mooted DJ Python release on Proibito that posits him as “arguably NYC’s first Deep-Reggaeton artist,” Pinyero expands his production profile with a newly-released DJ Wey 12″ for Entro Senestre’s BANK label. Available now in select shops in the New York vicinity, the self-titled 12″ is led by a dedication to Masahiro Ueda, “a DJ and friend who graced the BK scene by way of Japan” as resident of Down By Low. You can hear a weighty six-minute excerpt of that rather dreamy track below, with the two B-side productions apparently further outlining the creative diversity of DJ Wey. 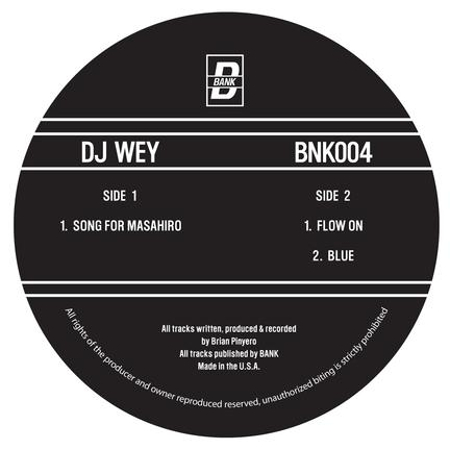