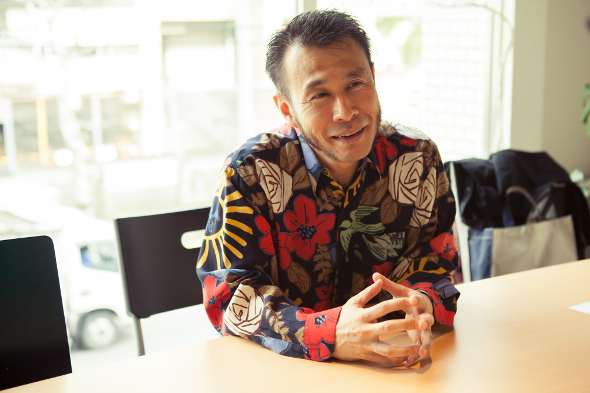 The fresh-faced label pair up the Japanese house icon with the Early Sounds Recordings artist.

Thanks to the all-conquering Sounds Of The Far East compilation on Rush Hour last year, Soichi Terada has become something of an icon for Japanese house music in the Western world. That said, his appearance on labels in Europe in the wake of the album have been measured so far, with just the appearance on Utopia Records alongside Manabu Nagayama and a joint effort with Shinichiro Yokota on Hhtari marking a pair of London connections thus far. Gravity Graffiti is a new label that launched back in March with a release from Marcello Napoletano and Richeart that signaled an interest in more cosmic, spiritual variations on the 4/4 dance music tradition.

For the second release, Gravity Graffiti have reached out to Terada and snapped up “Tell Me What”, a funky ‘90s flavoured low-slung house trip with plenty of playful sound effects zipping through the bouncy mix, and a disorientating “Reverse Mix” thrown in for good measure. Meanwhile the B-side contains further intrigue, as Whodamanny from the Early Sounds collective is invited to deliver a pair of remixes that fizz with the vintage, hand-played groove that has marked out his affiliated projects such as Mystic Jungle Tribe and The Normalmen. Compared to the edgy surrealities of the just-landed Cosmic Morphology LP on Peridoica, this is Whodamanny in an effervescent party mood, and we’re thoroughly pleased to present the whole “Cheap Disco Interpretation” of “Tell Me What” for your listening pleasure below.