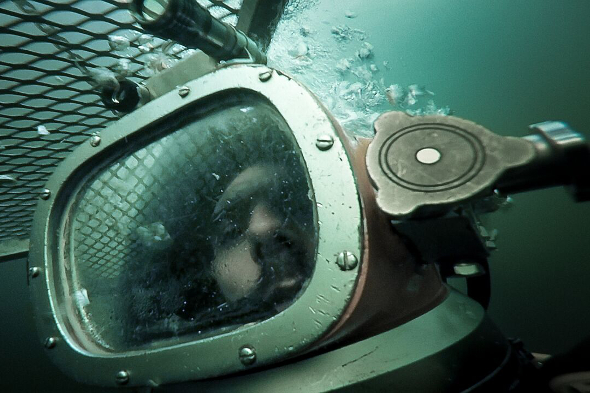 The American sonic explorer will release his second LP on Subtext in June.

He may only have the one remix and album to his name but Eric Holm is proving to be a vital producer for Bristol’s ever-traversing Subtext. Following albums by Yair Elazar Glotman and Emptyset last year – in addition to the latter’s Franco-Deutsch live radio transmissions heard on the Signal 12″ – Subtext have already fired off two hugely innovative and cutting edge releases in 2016. The first was Paul Jebanasam’s phenomenal two-track Continuum LP followed shortly thereafter with some soundtrack work by Cevdet Erek.

Since Eric Holm debuted on Subtext in 2014 with one of that year’s best albums, Andøya, his output has been kept to the one remix of James Ginzburg & Yair Elazar Glotman’s Nimbes soundtrack. Subtext have now revealed Eric Holm’s second album, Barotrauma, which references ear and lung injury from air pressure, will find a release in June that investigates the underwater sounds and submersed machinery Holm explored in the Nordic fjords south of Oslo, Norway.

As Subtext explain, “Holm decided to record and film his dives, capturing the lonely calm of his isolation in the dark water,” to deliver an album two years in the making. With his Andøya album largely inspired by the harsh, wintry terrain of the northernmost island in the Vesterålen archipelago near the Arctic Circle, Barotrauma is shaping up to be an subaqueous extension of that. Holm, the label expresses, discovered, “like environments on land, the seabed is populated with machines, industry, and noise. Interference is everywhere,” with Holm manipulating and processing his recordings to shape “a vision of his time in this underwater environment.”

Subtext will release Barotrauma by Eric Holm on June 24. 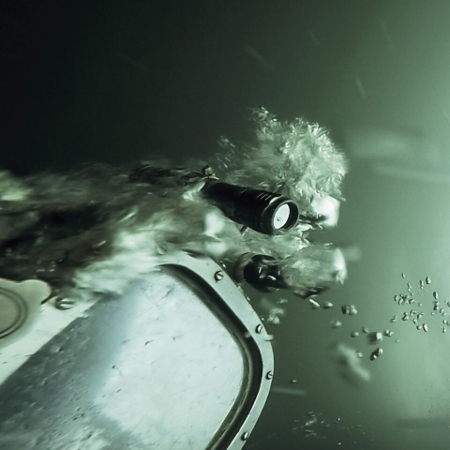