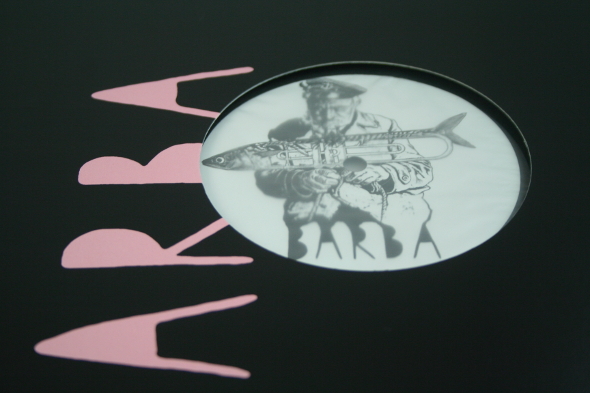 Never one to rest on his laurels for too long, garage royalty Zed Bias has a knack for turning his hand to new sounds in the rave diaspora and making them his own. On this new single for Exit, it’s clear that the man also known as Maddslinky has soaked up some inspiration from the explosion of juke and footwork and channelled it into a fresh sounding trio of tracks. This isn’t some simple aping of the groundbreaking work of the Chicago pioneers, but rather a sharp-edged distillation of the rapid pace and rigid groove with plenty of that UK swagger thrown in for good measure. Just try testing the mighty subs on lead track “Driftin” on a proper system and tell us that a sturdy bridge hasn’t been built between London and Chi-town. With the honey-coated vocals of Zoe Violet woven in for good measure, the lead track is reason alone to pick up this slab.
Listen/buy vinyl

Just three releases deep, Swiss crew Alma Negra have already laid out an impressive case for the mingling of seriously raw African tribal incantations and floor-ready thump. They might not be the first to tackle the concept, but they’ve certainly done a better job than many. With little more than a sturdy kick for added weight, the real magic in “Mageko” and “Tabanka (Version)” is the thoroughly natural flow afforded by the source material. The percussion piles down in an infectious cycle while the call and response chants weave their way under your skin in a most effective of ways. B2 cut “Ramboia” widens the sonic remit with a more musical confection of synth daubs and string licks, but the effect is no less intoxicating.
Listen/buy vinyl

Croatian label Barba has been marking out its own vivid identity away from its sister label Burek, drawing on the finest tough machine funk of a Detroit persuasion. The latest transmission from the Adriatic corner of Europe looks to an artist commonly confined to cult recognition in the hustle and bustle of modern electro. New York native Gosub has been quietly issuing forth essential slices of melody-rich futurism on labels such as Frustrated Funk and Solar One Music for many years without ever garnering the kind of profile peers such as Convextion enjoy, which makes this 12” on Barba a welcome nod from outside his usual circle. For those already tuned in, there is plenty more to enjoy on this three-tracker, as shimmering leads and rubbery b-lines meet with cosmic drum patterns in a most elegant of fashions. This is dream music for robots with soul, make no doubt about it. And then there is the small matter of a damn fine JTC remix!
Listen/buy vinyl

Anno Stamm – No One Else (All City)

Lars Stöwe has been preoccupied with his Anstam alias for many moons now, primarily tied into the Monkeytown / 50Weapons conglomerate with a range of electronica records that fizz and crackle with wild contortions of sound design and a refusal to play it safe. He applies the same attitude to his Anno Stamm project, albeit with a more club-ready focus, having turned out the goods for meakusma, Macro and All City over the past few years. He returns to the latter with a new record that spans a few different flavours, leading in with the primal thump and lurid synth work of “No One Else”. “Charge It Up To My Account” meanwhile takes a gleeful pleasure in decorating thuddy techno with a most delirious line in arpeggios. It’s up to “Sensing Social Sirens” to cool things down with a sensuous take on deep house, demonstrating an impressive depth and diversity to this never-dull artist.
Listen/buy vinyl

Having originally cut his teeth issuing seriously DIY tapes back in the ’80s, Danny Bosten has enjoyed a resurgence in his music thanks to the surge of interest in grubby wave sonics from yesteryear led by Minimal Wave. With a fair amount of reissued material already covered, he turned out some fresh goods on Dutch label DHF a couple of years ago, still confined to his formative cassette format. Now Midlight have stepped up to give the music a wider broadcast on vinyl, cutting all four “Sequence”s to 10” and doing a mighty fine job of it. The music is captivating, making no bones about its modular beginnings but retaining an electro-minded immediacy that never dulls on the ears. Expressive, soulful and yet still pleasingly alien, this is cult electronic business as it should be done.
Listen/buy vinyl 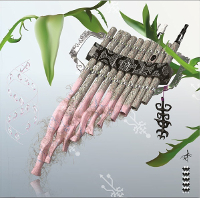 For anyone new to Florian Meyer’s work, there’s a multitude of wonderfully curious online wormholes to plunge down to fully immerse yourself in the world of Don’t DJ. A good hour was spent lost in crapco.de this morning, the experience aided by a fresh caffeine boost. It feels like Meyer has really hit a creative groove of late with this Don’t DJ 12” on Sexes arriving ahead of a superb return to Berceuse Heroique and a Diskant release that sees the return of The Durian Brothers pitched against High Wolf. It’s enough to make us consider relocating the Juno Plus office to somewhere near the Takumi ramen restaurant in Düsseldorf. Anyway…. As you might expect from a label that aims to “map the complex relations between identity and power,” Authentic Exoticism is not your average 12”. Along with four trademark tracks of fluid polyrhythms from Meyer, the gatefold sleeve features some truly eye-catching artwork that relates to the themes explored on an essay included on the inner section.
Listen/buy vinyl

When Benedikt Frey did a podcast for us back in 2013, he proved less concerned in detailed discussion of his craft and more interested in demonstrating his skills and talents with a box of records, some turntables and a mixer. It was a seriously impressive mix, and Frey has been in rampant form as a producer these past few years with an album as part of INIT on Hivern perhaps his most high profile outing. Speaking of rampant, that’s a good way to describe Andrew Hogge’s approach to beefing up the ESP Institute discography this year; it’s hard to keep tabs on how much music the label has coming in 2016. The Lobbyist 12” could be seen as a meeting of minds then, with the three tracks gradually easing down the intensity scale from the full throttle rush of the title track to the soothing polyrthymic saunter of “Gravel.”
Listen/buy vinyl 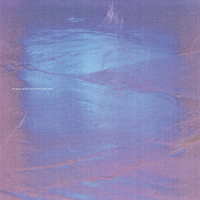 Cathedral organs at the ready, Vanessa Amara are back on Posh Isolation. Actually formed of two men, Birk Gjerlufsen and Victor Kjellerup, You’re Welcome Here presents the duo with their debut album following a cassette on Posh Isolation that was later given an expanded vinyl release. At seven tracks, it’s mournful and string-led and draws parallels with the music of Dustin O’Halloran and Adam Wiltzie’s A Winged Victory for the Sullen, however sounds here, replete will hollow bell tolls, feel as if they’re trying to tell the story of the Gothic, Scandinavian dark ages, with the slightest of classical moog touches thrown in. Music for yearning.
Listen/buy vinyl 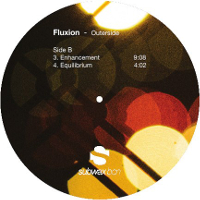 Fluxion’s name comes and goes, but the Chain Reaction graduate is undeniably a mainstay in the grey, cushioned world of traditional dub techno worth knowing about. This week the Greek artist rain downed a deluge of thermal beats with something of a triple release for Spain’s dedicated Subwax BCN. The Barcelona operation are known fans of their deeper techno, putting out a load of dub-infected sounds in the past, and you could say they’ve almost overdosed on Fluxion this week. In a single swoop the label has released Konstantinos Soublis’ sixth album, Bipolar Defect, a three-track 12”, Prospect, and this EP, Outerside. It’s the latter that won our pick of the bunch, with Outerside delivering four killer blows of crackling, hazy and rhythmically soothing cuts that will wake any Basic Channel faithful from their mid-‘90s coma.
Listen/buy vinyl 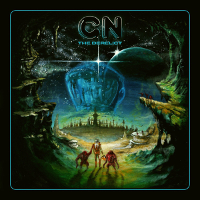 Norwegian electro-mite Stian Gjevik has been releasing music as CN since 2011, joining curious Belgian label WéMè Records in 2012 with the RA EP. This was later followed up in 2014 with the Nu LP, and Gjevik’s latest full length fits snuggly into the electro crevice found inside the singular niche WéMè have created through their love of film scores. Alongside vinyl reissues of music for movies like the ultra-violent Valhalla Rising and most recently 1970s Anton Chekhov adaptation The Three Sisters, you’ll find records by Detroit electro legends Gerald Donald and Sherard Ingram (DJ Stingray 313, NRSB-11, Der Zyklus) to Rephlex-affiliated Black Narcissus and Ceephax Acid and DMX crews/krews. With artwork reminiscent of Jim Henson’s The Dark Crystal mixed with some 1970s space western kitsch, CN’s The Derelict in essences plays out as an imaginary score, covering the tropes electro loves like interstellar space travel and fantasy as suggested in tracks like “Cross-Galactic Relay System” and “The Submerged Oracle”. Courtesy of WéMè, advanced screenings of The Derelict are now playing.
Listen/buy vinyl