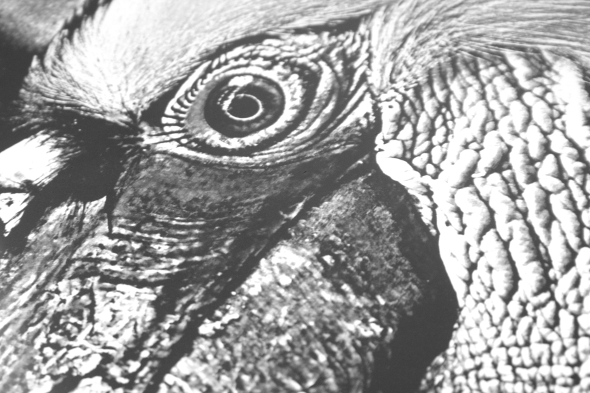 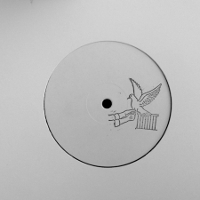 It’s been a breakthrough for Portuguese trio Niagara. Having first emerged by way of the Príncipe label back in 2013, the ever-shifting style of this vital young group has earned increasing amounts of praise this year for the Ímpar 12” and the Mustor & Falcão single on From the Depths. Now they set about self-releasing their own record to round off 2015 and it finds them on ever-thrilling form. “SEE” kicks proceedings off with a wonderfully rough house burner shaped out by messy daubs of synths, plenty of overloading effects processing and a tough drum jack with some of the pieces missing. “Beto” has a more balanced disposition, but it loses none of that firebrand energy as it peals out a more upbeat melodic message. “Hexe” meanwhile pushes the percussion to the fore and then runs it all through a weird filter, and “Ara” nudges down into a spooked out, Workshop-friendly 4/4 lurch. It’s a damn fine example of how far out the notion of house music can roam.
Listen/buy vinyl 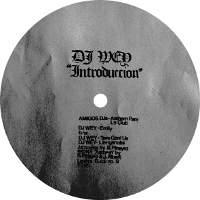 Having first emerged last year on the Lovers Rock No.6 split release, DJ Wey makes a return to Ital’s label with a four track 12” that fully reveals the depth of his sound. Like the “Nosebleed” track that appeared on that various artists single, EP opener “Anthem Para La Club” is a rugged beast in many ways, side-stepping the more serene pad-wielding antics of label mates such as Earthen Sea and instead punching out an industrial-tinged drum mantra. However by second track “Emily” we’re in more familiar Lovers Rock territory as a soothing bath of synth lines bubbling away over the beats. “Tare Gent Us” too has an overall calm demeanour, although this doesn’t come at the expense of the weight of the rhythm section; DJ Wey’s tracks are built to pump first and foremost. It’s only delicate closing track “Llanganatis” that eschews the dominant percussion in favour of a more meditative approach.
Listen/buy vinyl 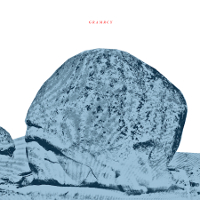 After first surfacing on the Berceuse Heroique sublabel Ancient Monarchy, former Bristol resident but now London-based artist Gramrcy manages to sneak out a second record in his breakthrough year, helping shape out From The Depths further in the process. At this stage it seems that anything is possible in the soundworld of Gramrcy, and there are certainly many different ideas flying around in this record. It’s fortunate that they’re all very good ones, from the choppy sample fun and games of “Space (dub)” with its reggae chops and low-slung steppy rhythm to the primal broken beat throwdown of “18 Drums”. “New Obedience” meanwhile snakes out a complex line in analogue drum science, and “Chrome Tabs” spits out a craftily managed slice of submerged sound design techno. It’s a bold move from the emergent producer, and thus fits amongst the label aesthetic rather nicely indeed.
Listen/buy vinyl 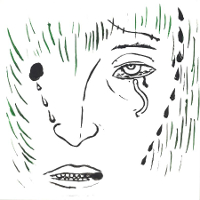 The revolution of underground music reaching out from Portugal continues unabated with another essential transmission from the prime portal for such sounds; Principe. Normal Nada has already had the light shone on him thanks to the Cargaa 3 release on Warp earlier in the year, and now he gets to stretch out with a seven-track mini-album that sports all the hallmarks of this homegrown scene. The likes of “Nubai (Wo Lo Lol)” move with the African-inflected stomp that you can hear in productions from Marfox et al, but there are other influences afoot as well. “Kakarak 1” and “Kakarak 2” have an aggressive techno bite shaped out by buzzing midrange tones that dominate the mix, while a more crafty, edit rich house bent comes to the fore on “Azouse”. This is music brimming with an energy not found in electronic sounds from other parts of the world and it’s quite understandable why Príncipe wanted to work with this “elusive underground metakuduro legend.”
Listen/buy vinyl 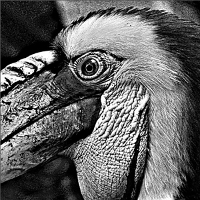 Situated in Antwerp with a distinct leaning towards representing local artists such as Ssaliva and Hantrax in the past, Ekster is a label with a modest back catalogue but an intriguing one nonetheless. This compilation seeks to shape out the rough identity of the imprint, and it does a fine job with a largely new cast of characters embellished by the return of Hiele and Jack N. Riot. Whether the sounds transmitted are the bleepy synth tones of Hiele’s “Apax Pernod” or the winsome lilt of Tito R’s “Minuit”, an atmosphere is created around Exo that spans both the old world and the new in a most unusual of ways. Even where there are drums, as on RHVR’s “Cactus Before Sundown” or Bear Bones Lay Low’s “Vestida De Fuego”, they come second place to the dusty melodic refrains that make the whole album such a wonderfully engrossing listen.
Listen/buy vinyl 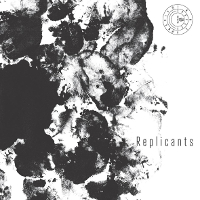 Tom Dicicco and AnD’s Inner Surface Music label reaches that all important 10th release milestone. Since its inception in 2011, Inner Surface Music has largely been home to the music of the label founders and associated British friends Patrick Walker (aka Forward Strategy Group) and Inigo Kennedy. It has gone on to collaborate with Italian crew Repitch Recordings while giving Yves De Mey’s Grey Branches alias a platform to launch. On this 2×12” Replicants compilation however, all matter of the aforementioned are absent from the release apart from a new project by D. Carbone called Honzo. The label welcomes harder-edged cyclic techno from Sleeparchive, gnarly electronics from David Foster and Rich Oddie’s O/H project, a tom drum thumping production by Perc. Other names welcomed into the Inner Surface Music fold are Japan’s Takaaki Itoh, Serbia’s Ontal and Portugal pairing Sturqen.
Listen/buy vinyl 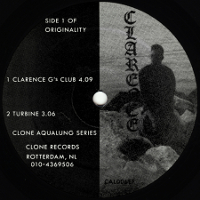 One per customer alert! Clone’s Aqualung Series was created in 2009 dedicated to refixing the spotlight on the various side projects of Drexciya pair James Stinson and Gerald Donald. Following reissues of classic Der Zyklus material and Drexciya’s Black Sea 12″ we are now presented with a re-up of this super rare Clarence G record. It gives attention to a one-off project from the late James Stinson that remains the sole release for a label with an untold story called Flourescent Forest Rec. Originally released in 1991, it’s another reminder-come-relic of Stinson’ prescient sound, with deft, hip house styled raps in “Clarence G’s Club” and “Cause I Said It Right” a focal point, while the two instrumentals, particularly “Turbine”, are undeniable bombs.
Listen/buy vinyl

Russell Haswell – As Sure As Night Follows Day Remixes (Diagonal) 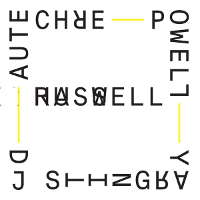 Autechre and DJ Stingray remixes in addition to a Powell rework; do remix 12”s get any more storied than this in 2015. Russell Haswell’s music to say the least, is… challenging. So it feels somewhat ironic to explain that what Autechre and DJ Stingray have done in their respective variations makes Haswell’s music a new kind of accessible. Autechre softens the blow of “Heavy Handed Sunset” by lowering its jarring sparks of staccato noise into a swamp of dubby, low end atmosphere, while Stingray super charges the electro motif of “Gas Attack”, and Powell’s garage techno punk perfectly compliments the deviant electronics of “Hardwax Flashback”.
Listen/buy vinyl 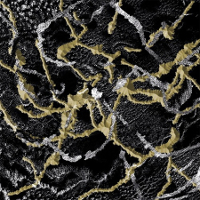 It’s unlikely many reading this will be able to say they have the world of experimental Polish tape music covered, so for many we have Charles Drakeford’s FTD label to thank for giving greater exposure and a vinyl debut to the music of Lutto Lento. Since appearing on the London label last year, Lubomir Grzelak’s has blitzed 2015 with other records on Where To Know? and Eastern Bloc operations Transatlantyk and Proto Sites. The latter delivers Lutto’s latest, a four-track EP of blurred jazz and other classical undertones swamped in murky lo-fi textures, pounded by kicks as hard as what the LiveJam crew can deliver with eerie samples cut up in a way that brings the sound of Wu-Tang to mind.
Listen/buy vinyl 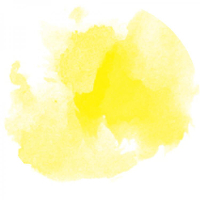 With Secretsundaze widely recognised for the parties they throw, you’ve got to hand it to team James Priestley & Giles Smith; their label has been on point this year. They’ve released music by Bristol head Shanti Celeste, New York house anomaly DJ Qu and George Levings’ Endian project, with Wbeeza wrapping up their 2015 by hitting the spot with this banging Black Moon 12”. It’s all bassline and deep burn in the title-track which has all the stripped-back hallmarks of ‘club hit’, while it’s broken beats and dusty chords (reminiscent of DJ Qu) in “Like Butta”. And to lighten up the mood of a perceivably darker record is a dream-like “Ferguson”. Wbeeza domination.
Listen/buy vinyl