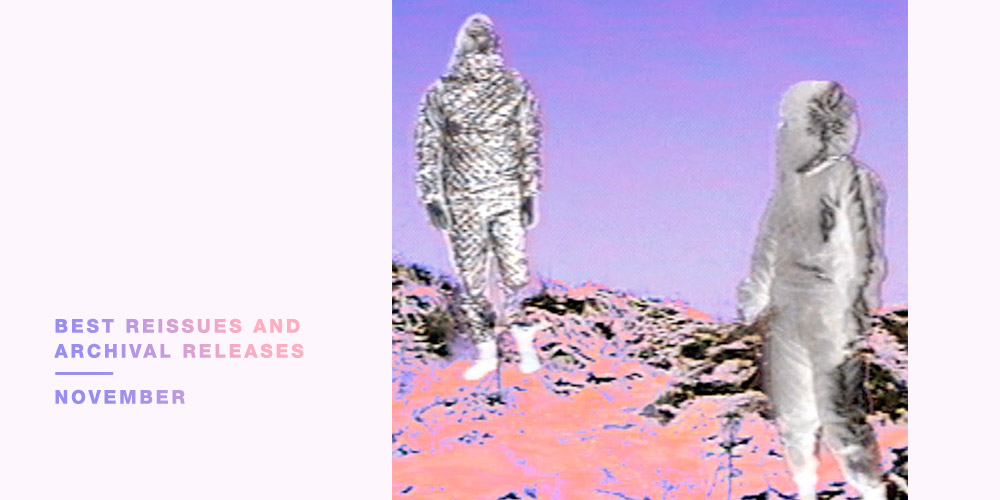 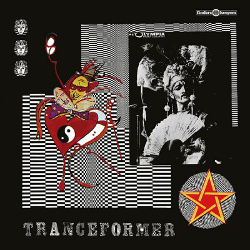 The record digger is a bit like a detective: there are times when a record slots into a well-known plot, or provides a key clue for a puzzle to click into place. Other records are crystallised one-offs you can’t believe anyone lived without. And then there are records that seem to hijack the plot and divert it into a whole sub-story with its own set of characters, philosophies, activities, and scenes. A whole worldview opens, and you think, ‘I love this, I have to know more’. Finders Keepers pair Andy Votel and Doug Shipton are specialists in uncovering these kinds of records.

The label’s latest swings the focus to Melbourne circa 1979, and brings us one of Australia’s “rarest synthy post-prog vinyl artefacts” from the mind of Geoff Krozier. Tranceformer sees Krozier and his band, the Generator, produce a heady mix of dark, distorted guitars and lots of synths and drum machines. Drones, ominous melodies worthy of the most fetishised horror films, atmospheres à la early Eno, bursts of sick sonic experimentation reminiscent of Der Plan. Krozier recites prayer-like lyrics, monologues that create imaginary landscapes about alien abductions and spatio-temporal transfers: he puts a blown bubble back together without sticky tape, he says he’s a crocodile, he’s a tiger. But Krozier is not only a poet and musician, but also a magician (voted Sydney’s official 1980 Magician Of The Year) and all that we hear on this double LP was conceived for, or indeed recorded at, his magic shows. He died attempting an illusory hanging in 1981. Tranceformer is what we have left, and it’s weird as hell but never novel. In fact, it is strangely beautful. You have to listen to this.
Listen/buy vinyl 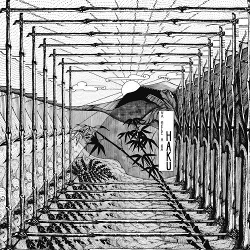 The other shock from the archive this month was this gorgeous album of electro-ritualistic music, a messianic synth affair repressed by the ever-enquiring Japanese label EM Records. Na Mele a Ka Haku (“Music of Haku”) is the majestic opus of Frank Tavares, an Hawaiian synth experimenter who single-handedly made this LP between Maui, Oahu and Honolulu in the first part of the 1970s. Tavares apparently occupied himself with music and theatrical performances (which he presumably scored) that foregrounded the cultural heritage of Hawaii and his people’s mournful loss of their land. But while he incorporated this tradition and folklore into his creative endeavours, he brought it to a whole new, futuristic level which is displayed on this EM reissue.

The record may well be bizarre and obscure, but above all makes for extraordinarily fascinating listening. It works entirely on the juxtaposition of synthesised sounds and the human voice, a male voice that is chant-like and austere and a female voice that moves between the vocoded but ethereal and a public announcement tone. All around these voices, layers of home-assembled synthesis offer all kinds of ingenious atmospheres. The result is a kind of science-fictional ambient, awash with swarming drones, cricket-like twinkles and mechanical rhythms perfectly poised somewhere between a less masculine Vangelis and a tropically delicate Kosmische. Fly with it once, concentrate, and it’s guaranteed to become a favourite. Complex and protean, the music of Haku is stunning.
Listen/buy vinyl 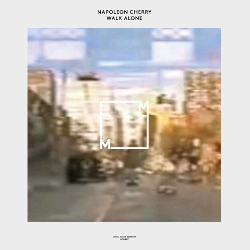 Elegant post-modern funk on Music From Memory this month as it continues to respectfully assemble retrospectives of overlooked artists with the right sense of occasion. The Amsterdam label has a sophisticated nose, but it also has a knack for releasing border-music, records made within “scenes” but often too complex or searching to have risen to the surfaces. This beautifully compiled anthology of Philadelphia-born Napoleon Cherry works from the late ’80s and early ’90s is a fine example of music that is knowing and overtly free.

Funk lovers will probably adore this record, but it has much wider appeal. The recordings on Walk Alone carry a kind of expert restraint, a held sexiness that is seductive but cerebral. Cherry’s intelligent funk intertwines here with American minimalism, illuminated disco and other searching synth traditions. It’s geometric funk, a kaleidoscope of clean shapes in bright colours: blues, emeralds, deep yellows. Highlights are the strangely timeless “When You Had the Chance” (first uncovered by PPU earlier this summer), the crazed confessional title-track “Walk Alone” and, personal favourite, “Believe it or Not”. This is a spooky a spooky piece of tropicana; ultra-bright and unsettlingly dark at the same time. Music From Memory deserve applause yet again for a serious and impeccable record.
Listen/buy vinyl 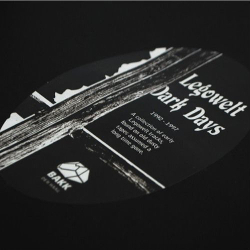 November graced us with a long-overdue vinyl pressing of Legowelt’s Dark Days, a record loaded with mystique. Released on CDr by Wolfers on his Strange Life label (though nobody knows how many copies were made), it contains a set of tracks “found on old dusty tapes assumed long gone,” that chronicle Legowelt’s pre-Space Force efforts and the kernel of the Dutch producer’s style. Of course the interesting thing now is how generative and right on point it all sounds: we hear the roots of Wolfers-as-Legowelt but we also hear the foundations of a lot of electronic tendencies of the past two decades.

Recorded between ’92 and ’97, these tracks seem to reinvent acid house, gather the remaining rosebuds of dark and minimal synth, wash Detroit techno in European waters and, while they’re at it, totally presage electroclash. But above and beyond its archeological value and its inspired long-sightedness this was, is and will continue to be, a great dance record. Deep, dark, mysterious, it touches the listener in all the right places and, miraculously, it hasn’t aged, just as it hadn’t between Wolfers producing it all and its initial 2004 release. Of its time then but not out of time now, Dark Days is a record that will always be capable of leaving you wide-eyed at sunrise, always capable of leading you out of your comfort zone and into a profoundly estranging yet clearly recognisable night.
Listen/buy vinyl 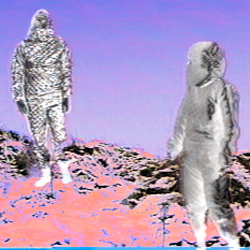 In tune with the Legowelt reissue and a month generally speaking that revelled in repressing the treasures of the relatively recent past (I’m thinking of the Tropic of Cancer archive 12” on BEB, for example), Phonica’s Alex Egan launched his new label Utter this month with a Jam City oddity from 2010. Conceived as a soundtrack to multimedia artist Daniel Swan’s dystopian, retro-futurist short film Lux Laze and presented on wax for the first time, this record is probably the most intense quarter of an hour committed to vinyl in 2015.

Lux Laze sounds like an expertly executed love letter to the science-fiction soundtrack, yet it manages to never fall into the purely derivative and stays firmly contemporary. Latham thoughtfully sifts through a classic sonic palette – frozen rhythms, distant chimes, glacial drones, metallic shivers – and crafts a dystopia for our era, in which a restrained, cold pulse gathers a whole series of nightmares. Listen loud and you’ll feel the swoosh of a jet engine circling overhead, distorted metal clangs turning into laser beams, notes twisting onto themselves like digital horns in the night, awash in fluttery electronics. Fifteen minutes of neo-sci-fi given to a man interested in the everyday effects of late capitalism: fifteen minutes where dream meets nightmare, seamlessly.
Listen/buy vinyl