Jeremiah R. is back on Tabernacle

The rising electro peddler will release mini-album Callisto next month.

Considering how prolific they have been in the past, 2015 has been a relatively mellow year for Scottish label Tabernacle. Their three prior releases have certainly been noteworthy, from the sublime electro of VC-118A through Jamal Moss-induced madness and on to passEnger, but the trim schedule for the main operation has afforded space for new sublabel Ride The Gyroscope to launch with two EPs from Boneless One. Equally John Heckle’s Head Front Panel side project got another brief outing on a 10”, but still it’s a more patient pace of releases compared to some years. Jeremiah R. was on the label last year with the Underwater Title seven-tracker, inspiring Richard Brophy to hail the record as, “a resolutely purist affair,” adding Tabernacle “deserves praise for releasing it.” The Dutch artist snuck on to the radar with an early outing on Organic Analogue and more recently stepped up to Enklav. and Bakk.

Jeremiah returns with his distinctive take on electro spread across eight tracks on Callisto, which will come presented as a single LP. As ever the influence of Drexciyan methods loom large, not least the lighter flutterings of Stinson and Donald’s brief Elecktroids alias, and hence this new album feels like a logical continuation of Jeremiah’s on-going emergence as a soulful machine funk specialist. Being the good and organized folk that they are, team Tabernacle have uploaded samples of all the tracks from the mini-album, which you can stream below before the record drops next month.

Tabernacle will release Callisto by Jeremiah R. on December 14. 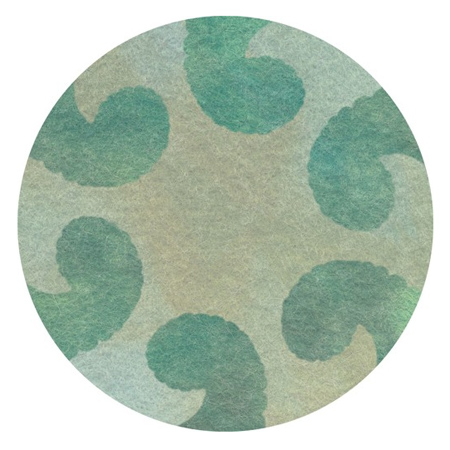