The Brussels-based artist has a new album ready to release on Vlek.

It seems that we’re writing with ever increasing frequency about quality sonics emanating from Belgium, having recently shouted about the latest Different Fountains single, regularly nodding to the work of labels such as meakusma and Testtoon, and championing the recent endeavours of the Bepotel crew. Well embedded within this thrust of experimental electronic music from Brussels and beyond is Vlek, a label which balances a patient output rate with considered, worthwhile releases rather than sheer volume and presence. Aymeric De Tapol appeared on the label last year with the Winter Dance EP, dealing largely in ambient drone constructions, although the Belgian capital resident has a decent back catalogue reaching back over ten years in the world of cassette releases and CD-Rs.

De Tapol’s first vinyl release was the Talking With A Dinosaur LP back in 2012, which came out on another fine Belgian label, Ångström Records. He returned to the label earlier this year on a split 7” that also featured Otto Von Schirach and Joachim Montessuis amongst others. Now De Tapol’s latest effort, Les Horizons, is ready to launch next month. The album consists of seven tracks that move into more rhythmically pronounced areas compared to the shapeless ambience of his previous release for Vlek. We have an exclusive stream of “Les Attractions” available for you to sample below, and we thought it worthwhile to ask De Tapol a few questions about this latest release so you have something to read while you listen to it.

Firstly, it seems like there is more rhythmic work present on this new album compared to on Winter Dance. Was your approach and intention different for this record?

I’ve always loved rhythm but I excluded it because I didn’t figure out how to use it in a relevant and interesting way for me. Lately I focus on continuous sounds, drones and field recording, along with other experimentations. Musically, a lot of my roots are in West Africa. I’m now trying to mix all these influences and put them on a different path.

What if anything has changed about your studio set up/equipment of choice since the last record?

It could sound like a small tweak to some but for me it was the key – this whole album was recorded on a 2-track Revox Stereo. Recording like that is like making a single-sequence shot in cinema – you keep trying, from scratch, until you have the perfect version. It also allowed me to have a better view of composing and recording techniques in the ‘70s and ‘80s, and to fully understand why they were so happy when the multi-track devices arrived. There’s a huge satisfaction when you work with a constraint such as the tape recorder. You need to make sure everything is precise at the moment of the recording because afterwards, it’s just too late.

You composed the music for Talking With A Dinosaur at GRM in Paris. Did you work in any other locations for Les Horizons?

Les Horizons is a piece about ‘images’. As its title implies it talks about landscapes, but also about parties, sun, mirages, hallucinations, so yeah in a way these souvenirs are all parts of this recording, where they’re recorded and engraved. 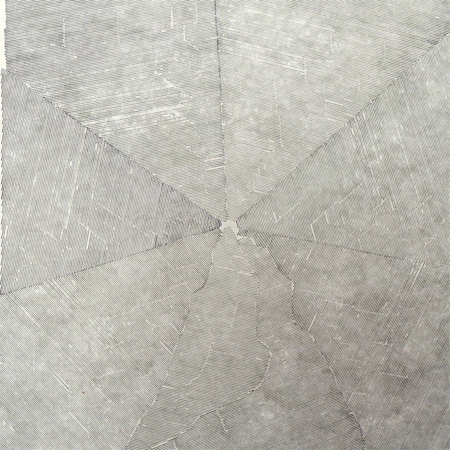