The Naturals – On The Way (To The Laughing Light Of Plenty) 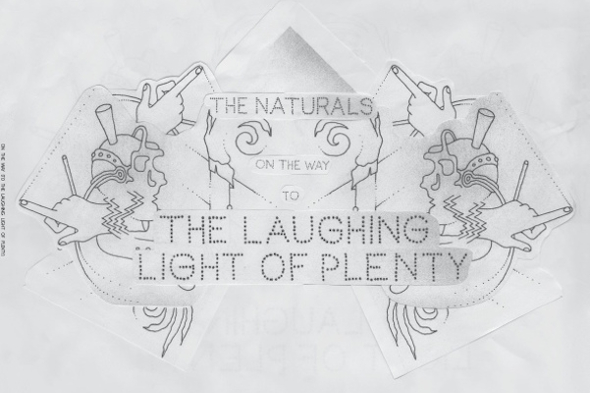 In the nu-Balearic/nu-disco scene, few records are quite as coveted as the Laughing Light of Plenty’s eponymous 2010 debut full-length. Recorded in 2007 in Los Angeles and New York by Rub & Tug Man Thomas Bullock and Eddie ‘Secret Circuit’ Ruscha, the album was originally slated for release in 2008 on cult label, Whatever We Want Records. Of course, for reasons still not wholly explained, that release never materialized, and it eventually surfaced two years later – in absurdly limited quantities – in Japan. 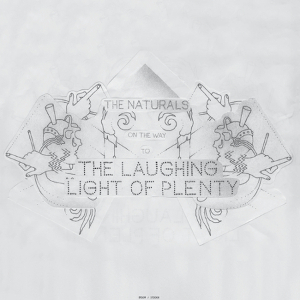 Given the history of Whatever We Want Records – a label that received huge amounts of hype, and used the limited nature of their pressings as an excuse to charge buyers higher than average prices – it would be easy to be cynical. Even so, there’s little doubt that The Laughing Light of Plenty album was one of the notoriously hit-and-miss label’s finest releases, a fact emphasized by the in-demand nature of the release five years on with copies regularly fetching three-figure sums online.

In some ways, this release – supposedly of a previously unreleased, early version of the set featuring entirely different mixes of the album’s seven tracks – feels like an attempt to make amends. It’s credited to The Naturals – the name the duo originally intended to use in 2007, apparently – and seems far brighter, breezier and more vibrant than the version released on Whatever We Want.

Sadly, few will be in a position to compare the two versions. The vast majority of listeners will make their judgment on the strength of what’s presented here. Most will be happy with what they hear. To these ears, at least, (On The Way To) The Laughing Light of Plenty is a gorgeous, entertaining, addictive and enjoyable set that bristles with smile-inducing intent and breezy musicianship. The duo clearly had a great time making it, and it shows. Because of this, it’s a hugely infectious album that encourages repeat listens.

Throughout, there are umpteen nods to the two producers’ well-known passions; the kaleidoscopic Balearica, acid-fried electronica and hippyish influences favoured by Ruscha, and the disco, dub, stoner rock and psychedelia that forms the backbone of Bullock’s sprawling record collection. Throw in distinct hints of classic pop – most notable on the throbbing, off-kilter electrofunk-meets-West Coast rock of “Brilliant Light” and the delay-heavy, dubbed-out country-pop shuffle of opener “Blazin’ Sun” – and you have a set that manages to straddle the fine line between mainstream, radio-friendly sing-alongs and the artistic underground that both producers are proud to call home.

While there are one or two forgettable moments – most notably the elastic synthesizers and dour vocals of “Flow Motion” – these are countered by some genuinely brilliant highlights. Check, for example, the folksy, glassy-eyed stoner blues of “Babblin’ Brooke”, whose honky tonk piano and stretched-out pedal steel notes recall some of the finer moments on the Beatles’ similarly adventurous (read drug-addled) White Album. Closer “The Pulse” is a triumph, too. On the original album, this was a seven-minute chunk of rolling, dub-influenced psychedelic disco freakery. It’s presented here as originally intended, in all its’ 16-minute glory. Hugely trippy, saucer-eyed and grandiose, it builds magnificently via waves of electronics, undulating guitar lines, and all manner of whistling and saxophone solos. It’s probably closest in feel to Ruscha’s Secret Circuit material, and is utterly beguiling.

Even this, though, plays second fiddle to “The Rose”, which remains the duo’s finest collaborative work. This version brings out the anthem-like feel of the original, emphasizing the addictive brightness of the disco-funk guitars, the strength of Ruscha’s superb vocal and the dancefloor-friendly heaviness of the psychedelic disco groove. It’s worth the admission price on its’ own – assuming, of course, you can secure a copy of the album this time round.

A1. Blazing Sun
A2. Brilliant Light
A3. Flow Motion
B. The Rose
C1. Oranges And Blues
C2. Babblin’ Brooke
D. The Pulse