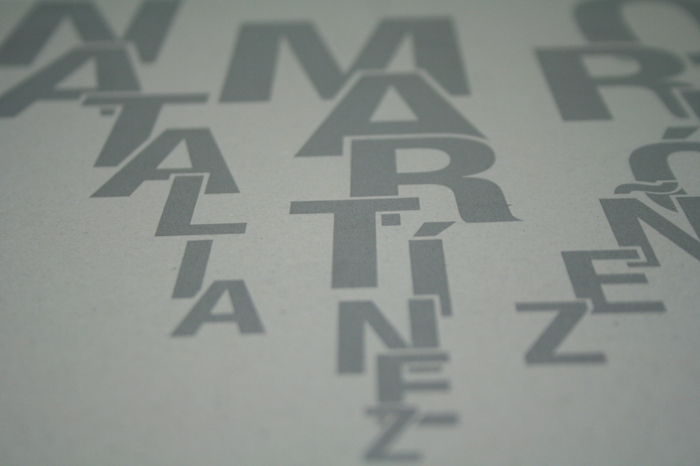 August is traditionally the month where the new vinyl releases slow to a trickle and that is reflected in the smaller percentage of records surfacing that really caught the eye with only six under the spotlight this month. Leading the way was the Sacred Summits reissue of an obscure tape by Tilburg techno progenitors Psychic Warriors ov Gaia. The artwork for the original tape issued by Katharos Foundation was lovingly lo-fi but Lindsay Todd, the artistically-minded half of Sacred Summits, chose to discard with the notion of retaining some visual consistency. Instead Todd elected for a simple black and white screen print design that came across as an abstract Keith Haring attempting to illustrate the rave that led up to the recording of the music. A simple yet sharply designed insert featuring the story of 1989 by original Psychic Warrior Reinoud van der Broek added to the allure.

The physical format seems quite important to Golden Teacher, though the Glasgow collective appear to hold very little regard for the second hand sellers looking to profit on their records. Glance through the comments on the Golden Teacher Discogs page and you’ll see users affiliated with the band angrily remonstrating against the sharks promising represses. This is also why the back of their most recent, self-released 12″ had the warning “pay no more than £10” emblazoned across the bottom. 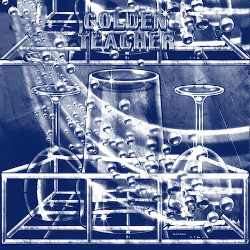 Whilst the screen printed approach taken on their run of sublime Optimo Music 12″s was not taken on Sauciehall Enthrall, band member Oliver Pitt once again conjured up some bizarrely brilliant artwork which takes a while for the eye to fully discern.

News that Berlin Atonal had decided to revive their associated record label was most welcome, not least as they were planning to pick up on the original focus of issuing recordings of performances by select artists from the festival. The rather weighty triple 12″ Berlin Atonal Vol. 3 arrived just after the 2015 edition of the festival had finished and gave the impression just as much thought had gone into the record as the successfully relaunched event. Visual consistency is a key element of design so it is little surprise that Atonal’s organisors extended Delfina Venditti’s commission beyond the festival’s identity to include the artwork for Berlin Atonal Vol. 3. The fact the label chose not to highlight Venditti’s motivations in the press release is an oversight all too commonplace these days, so in order to redress the balance I sought out the artist myself.

Asking Vendetti to expand on the connection between the design and the music, she told me “each of the three compositions are a visual interpretation of each sound landscape”, describing them as “imaginary spaces created from an empty space through proximity, scale and overlapping of their shapes.” In an effort to continue the spirit of the Berlin Atonal identity since the festival’s origins, Venditti used a technique of traditional wood engraving with burins for these compositions, adding the following explanation.

“I painted the wood matrix with brushes and then I printed it on a uncoated paper several times till obtaining the perfect print. To achieve the same perception as this handmade print, the gatefold and their inner sleeves were produced with the same type of paper as the original. This experimental mixture of painting, engraving and the material creates a new layer of perception in each space created.” 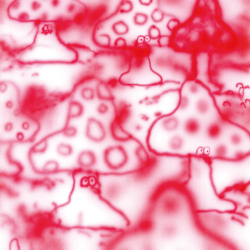 The new Gonno album, Remember Life Is Beautiful, is both a delight to listen to and grip in your hand thanks to the stellar, if bizarre, artwork from Stefan Marx. The German has a close bond with Toshiya Kawasaki, the Japanese founder of Endless Flight and parent label Mule Musiq, bringing his absurdist illustrations and paintings to releases on the label as far back as 2007. Marx’s work on the Gonno album might be my favourite thus far, coming across like a hazy depiction of a psychedelically-charged dream about funghi from Nintendo plumber Mario.

It is no secret we are big fans of the label Where To Now? here at Juno Plus; the level of thought that goes into the artists they choose to work with is always impressive and is matched by the strong sense of design that goes into all their releases, regardless of format. By some quirk of fate, the last time Where To Now? featured within the confines of this column was the August 2013 edition and their return is more than merited for the artwork on the label’s 12″ from NMO. Working with the pair of tricksters, WTN? co-founder James Hines was again responsible for the visual direction and took it as another chance to toy around with type and layout. Those seeking further insight into the label’s aesthetic should read this interview with Hines at Grafik.

Without doubt, Funkineven is a sharply dressed man and his obvious pride in appearance extends to how his own music and those of others on his Apron label is presented. This is reflected in the numerous times Apron has featured previously within this column and the label’s delayed 12″ from St. Julien merits inclusion too. London-based creative India Rose was responsible for the artwork, toying around with themes of celebrity and invasion of privacy in a manner that is in keeping with the humour that runs through Apron.