Reginald Omas Mamode IV – All Together 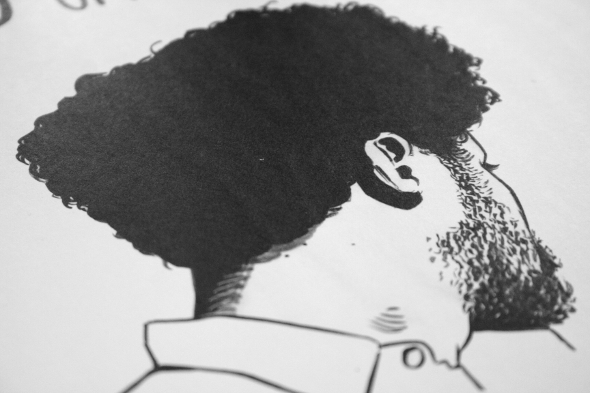 Soon, the Deenmamode clan could become the most famous Peckham family since the fictional Trotters of Only Fools & Horses fame. Certainly, three of the brothers have already made their mark, playing a vital role in pushing forward the kind of drowsy, soulful beat-scapes for which the South East London borough has become famous for in recent years. While it is Joseph Deenmamode, under his now familiar Mo Kolours alias, that has undoubtedly made the greatest impression, siblings Jeen Bassa and, in particular, Reginald Omas Mamode IV are making huge strides in this regard. 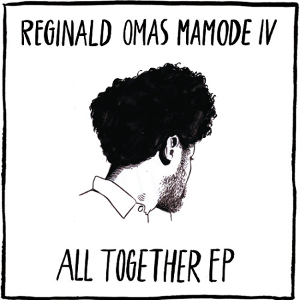 The latter’s distinctive style, which blends his own vocals with shuffling, off-kilter hip-hop beats, rich chords and instrumentation influenced by the family’s Mauritian heritage, has previously been showcased via impressive – if frustratingly hard to obtain – releases on Peckham scene staple 22a and Five Easy Pieces. While none have yet received the critical acclaim and commercial success of brother Joseph’s eponymous debut album, there’s a feeling that young Reggie is on the cusp of something very special.

It could be that All Together, his first stab at a mini-album, could be the release to finally thrust him into the spotlight. That’s it’s coming out on Marcel Vogel’s Intimate Friends label may surprise a few, though the imprint’s back catalogue contains as much hazy, soul-flecked, downtempo material as it does chunky deep house and dusty disco-funk. Vogel’s instincts are always to represent the more soulful side of music, and Deenmamode junior’s horizontal explorations certainly fit this wider remit.

Musically, there are few surprises in All Together. It follows the now tried-and-tested formula developed by Deenmamode and others in the wider Peckham scene. That means a blend of sampled material, live instrumentation and percussion, and MPC style beat programming that blends traditional Mauritian rhythms with skewed hip-hop beats, and upbeat, soft focus grooves. Of course, Deenmamode’s penchant for adding his own vocal hooks and low-key, seemingly freestyle lyrics, is a key point of difference. Here, comparisons can be drawn with the early work of Seven Davis Jr – most specifically the fuzzy explorations showcased on the IZWID released The Lost Tapes Vol 1, which seems to have inspired the low-key, Peckham-does-P-funk fuzziness of “Sugar Cane” – as well as the usual blazed, Dilla-influenced instrumental hip-hop that forms such a fundamental part of the so-called ‘Peckham Sound’.

That Dilla/Slum Village influence is most notable on the tactile, head-nodding exploits of “Mercy” – all swirling easy listening vocal samples, impassioned scat vocals and bass-heavy grooves – and “Try Again”, even if the latter’s organic, instrument-led hustle feels like a nod towards the dancefloor. Elsewhere, the sticky humidity explored by brother Joseph seems a greater influence. “Ain’t I Good For You”, with its’ unfeasibly loose combination of electric bass noodling, rich chords and tropical-influenced percussion hits, is a particular good example, as is the sweet plea for unity, “Fussin’ & Fighting”, whose seemingly endless Rhodes chords work in perfect unison with Deenmamode’s fragile soul vocal and undulating bassline.

In many ways, picking out individual tracks and poring over their finer details seems a futile exercise. All Together, like other similarly minded releases from the extended Peckham beat making set, should be considered as a singular entity; a kind of pared-back mixtape stretched across one slab of wax.