While much of the output on L.I.E.S. remains the kind of gritty, distorted and often wayward house and techno designed for murky basement spaces and barely-remembered after parties, Ron Morelli is happy to shake things up now and then. His experimental instincts are well known – his own music for Hospital Productions being the most obvious example of this – and many of L.I.E.S. most potent releases have been those that sidestep dancefloor conventions altogether. 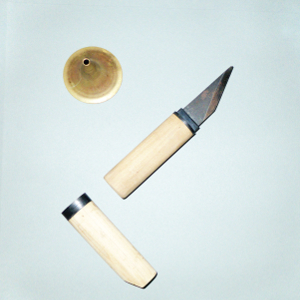 Jahiliyya Fields’ 2012 debut full-length, Unicursal Hexagram, was a superb example of this. Consisting mainly of off-kilter synthesizer workouts influenced by drone, ambient and 1970s experimental electronica, it cast creator Matt Morandi as a man with a clear sense of purpose and direction. Yet by the time he’d released a follow-up in 2013, the Pleasure Sentence 12”, his style had altered again. While still bristling with vintage synthesizer sounds and dirt-encrusted electronics, it also doffed a cap to the dancefloor (most notably on the Detroit techno influenced “Aeon Aeon” and bright-eyed “Pleasure Sentence”). While his debut album flitted between darkness and light, this was a wholly picturesque exercise.

Chance Life, Morandi’s long delayed second album, is arguably his most ambitious release to date, wedged stylistically inbetween his previous outings for L.I.E.S. In some ways this album is a more experimental and bloody-minded release than anything he’s previously put out. The most dancefloor-centric concoctions feel wholly bleak, with melodious elements hidden behind an unwieldy intensity. This is most notable on the throbbing, titanium-clad techno-meets-wonky alien funk of “Clear Collar”, the twisted madness of “Galcit 210” and the stand-out “Chance Life Moon Dance” (an 11 minute fusion of jazz-inspired rhythms, droning bottom end, off-key synthesizers and clandestine electronics).

Then there are the more experimental works; a mixture of dark ambient, droning synthscapes and end-of-days visions that come across like Radiophonic Workshop compositions for slightly camp 1970s horror series. “Narrow Cross” and “Unarmed (A Hole In Cold)”, for example, could have come straight from the soundtrack to the ‘70s BBC adaptation of The Day of The Triffids. Then there’s “Finity Disguise”, which consists merely of reverb and delay-laden speech recordings, and opener “Temple Blockers”, a slice of funereal ambience that casts a long shadow over the tracks that follow.

That’s not to say it’s all apocalyptic fantasies and edgy techno. Closer “Lovegiver C.B” is amongst Morandi’s most stunning compositions – a sun-bright fusion of gently throbbing, saucer-eyed synthesizer chords, found sound and wonderfully lazy, spacey melodies. There’s great beauty, too, in the bittersweet, krautrock-influenced chords and bubbling electronics of “Abendlander”, even if it sounds like the result of strange dreams brought on by copious intake of prescription medicines.

With Chance Life, Morandi seems to have attempted to balance the two contrasting sides of his musical output. It is, for the most part, a successful exercise. It is neither wholly light, or dark, nor purely picturesque, or bleak. Instead, it is largely unsettling and otherwordly, making for an unusual but enjoyable listening experience.