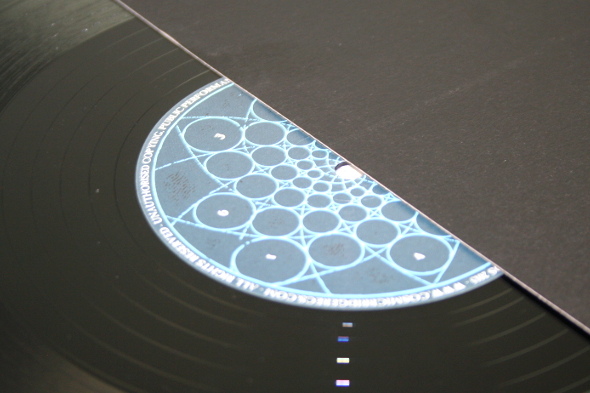 It’s eerie right from the start. A gloomy synthesizer prepares for the percussion to come in and spread in echoes. A voice appears in the musical fog and enfolds mystically into infinity. The first seconds of “Jello”, a track from Danny Scrilla’s new True Sight EP unveils his musical ideas are deeply rooted in dub, reggae and soundsystem culture. When sound engineers like Lee “Scratch” Perry or King Tubby got their hands on mixing desks in the 1970s and started to use them as instruments, nobody might have suspected what would follow. Dub became a widely influential style of making music and lead to Hip-Hop, Jungle, Techno and a broad range of electronic music. It was in the 2000s when not only the methods but also the word “Dub” appeared again with full force. 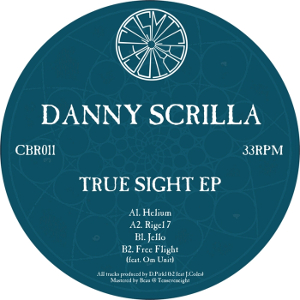 Dubstep took principles of classic dub and transformed them into the electronic present. Heavyweight sub-bass, stepping rhythms, vigorous kick drums, energetic and brutally precise snare slaps embraced echoes, reverb, mystic sounds, off beats and vocal samples from reggae and dancehall. What has been the core of dub and dubstep; space, the non-existence of sound within a wall of bass and drums, later was stuffed with unnerving elements in what has now become EDM.

Danny Scrilla shows deep appreciation for dub and soundsystem culture throughout the music he’s released to date. Echo, reverb, meditative bass lines are key figures in the producer’s tracks. Still, since his first proper release, the Flash Powder EP in 2012 for Cosmic Bridge, his music has remained hard to fit into only one category. More likely he draws influences from dubstep, hip-hop, jungle, and also house, footwork or drum ‘n’ bass, always gernes with roots in dub. He experiments with space as well as speed, with the contrast of slow and fast at the same formal speed (turning 80-90 bpm into 160-180 and vice versa) and different beat patterns.

For his new EP, Danny Scrilla continues with this exploration and lights it up. “Helium” begins with a fusion of hip-hop and house beats (but not hip-house) and warm surging synth pads. With hissing hi-hats, hyperactive percussion and a rolling bassline turning into a Reese bass the track is both body and mind-moving. The light mood continues over to the melancholic piano of “Rigel7” with slowly stomping 4/4-kicks the basis for jazzy, soulful piano melodies and enchanted organ pads. Sub bass is the common factor throughout both these tracks and creates a perfect counterpart for the light sounds.

Darkness falls in with the aforementioned track “Jello”. A murderous bass line rolls forward, vocal samples appear throughout the track, adding a haunting edge over halftime breaks. The dark does not last long, light comes in again with “Free Flight”, a restless and drum-heavy collaboration with label boss Om Unit. It provides the soundtrack for a friendly but hurried sci-fi scenario. Danny Scrilla’s view on dub might not be as popular as the in-your-face-abstractions in EDM from a certain perspective. But it is much closer to where it comes from and is made to last.