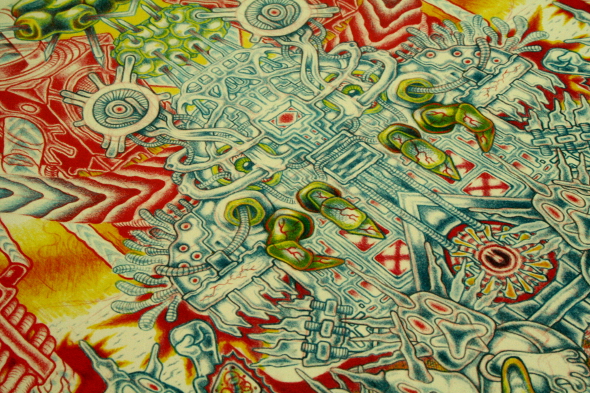 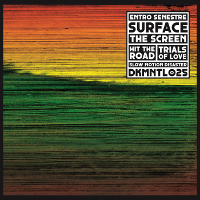 Jon Beall has been quietly doing great things in the US underground since first surfacing on Kraftjerkz back in 2010, slowly graduating to WT Records, Echovolt and L.I.E.S. over the ensuing years with his melodic, punchy and authentically delivered sound. Beall’s start to 2015 began in cracking fashion by returning to Willie Burns’ label with that ES 12″ (check out (“Rosegold”) which has now been swiftly followed up by this release for Dekmantel. Across four tracks Beall demonstrates an innate gift for producing gutsy machine funk that manages to be both tough and tender in equal measure, channelling the spirit of the Bunker and Viewlexx contingent by matching it with Drexciyan principles for a very potent blend of cerebral dance music, and it’s as if you can imagine the electro godfathers nodding in approval when you listen to the sci-fi throwdown of lead track “The Screen”.
Listen/buy vinyl 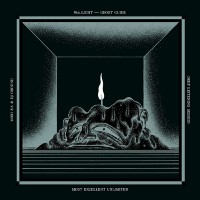 One of the most outlandish productions you will hear this year opens this record, with “Niagra Pink” at one stage sounding like a phased-out Surgeon production after winding through a sequence of spiralling basslines, Italo-styled arpeggios, African percussion, metal and noise atmospheres to drumming as far out as Steve Reid Ensemble’s “The Drums”. What a track. Japanese diggers Mori Ra and DJ Ground (aka Oyama Edit) get it all right on the EP, with “Space Flight” chilling down the record with some cosmic instrumentals good enough to soundtrack any inspiring ‘80s montage, while slow burning, night driving and Balearic vibes (and that sax!) come to the fore on “Ghost Guide”. It provides the eclectically-minded Most Excellent Unlimited with a fifth release following two Mr K (aka Danny Krivit) edits 12”s and records from Ma Spaventi and Phill Moffa, and this release, inclusive of dubbed-out disco cut “Love & Love”, is a diamond in the all too rough terrain of ‘disco’ edits.
Listen/buy vinyl

FYI Chris – Back In The Millennium (Rhythm Section International) 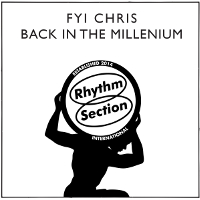 Continuing the Rhythm Section trend towards supporting lesser known artists, FYI Chris steps up with just one record prior on their rap sheet. That release for Church showcased a soulful side to the hitherto unknown pair, but it’s a bit different this time around as the freak factor gets turned up and wild styles of fusion start to come through. There is still a lingering sense of Detroit house in the air with the bugging disco-friendly samples and double-down drums creeping into the likes of “Need I Say More”, but these warmer elements are matched with some wilfully experimental tones such as the jittery chord hook on “Back In The Millennium”. This blend makes for a record that surprises and satisfies in equal measure, which should ensure it worms its way into the bag of many selectors record bags.
Listen/buy vinyl 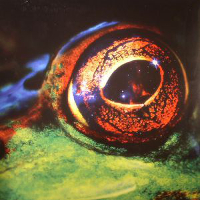 If there is one label continuing to fly the flag for UK flavours in the modern age, it’s Butterz. As such, it figures a super group of the magnitude (Royal T, DJ Q & Flava D) of this one would choose the label to bring their joint efforts. The combined nous of this trio makes it hardly surprising that both mixes of “Day & Night” bring an impeccable, fresh hit of garage in all its bumping, hook-laden glory. The 4×4 Day mix on the A side is the most hyped of the two, keeping the vocal looped over a bouncing, tightly packed bass throbs, while the Night mix on the flip cools down into a crafty 2-step groove laden with swirling pads for a moodier atmosphere. Whichever mix suites you more, the expectancy that comes with such a lauded triumvirate lives up to its name and more.
Listen/buy vinyl 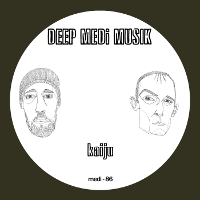 Jamie Schildhauer and Paul White have already amassed quite a collection of head-nodding steppers since they first emerged in 2012, hitting up labels such as Osiris Music and Ruffcut with their meditative, roots-infused sound. Now they’re making the leap to the pressurised depths of Deep Medi Musik with a surefooted two-tracker that sounds right at home on Mala’s label. It’s a distinct record of two halves, with “Justice” striding out on a mellow, melodica soaked tip that needs little in the way of fireworks to make its dubwise message clear. “Creeper” meanwhile loads up a nasty growling bass and packs in some snappy, snaking snare drums that manage to stay light on their feet even as they move with a jungle-like roll. The sense of patience and restraint remains, and it does the music a great credit, proving there’s no need to resort to loud and aggressive sounds to make your track heavy.
Listen/buy vinyl 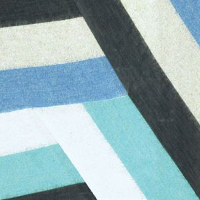 For someone prolific as Blawan it seem a little funny to think that the last solo record he released was the 2013 His He She & She ‎EP for Hinge Finger, a collection of music laced with grisly undertones that brings to mind films like Snowtown and This Is England. For this next release, Jamie Robert’s inaugurates his Ternsec label where a knack for modular mechanics takes over, and grubby basslines and warped vocals devilishly repeating ‘why they hide their bodies under my garage’ are replaced with a gritty analogue sound source that makes Steevio’s productions seem tame in comparison. The throbbing metallic hits of “Talatone” is production sure to light up the techno hungry festival tents of Europe this summer, and the style of production across this four-track is one that will go down well with lovers of cavernous warehouse beats.
Listen/buy vinyl 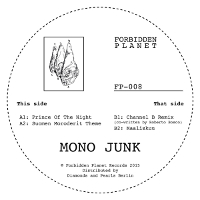 Where were you in ’92? The first productions of Kimmo Rapatti’s storied career were released that year which help found his own Dum Records, and 23 years later Rapatti’s Mono Junk project is still going strong. In more recent times his music has surfaced on Styrax – who we have to thank for the single-sided release of “Channel B” –  Skudge White and Forbidden Planet, and as the latter edges closer to its tenth release, Mono Junk returns to the Canadian label after filling the gap between Breaker 1 2’s Breakin’ 12” and a rare release from Frankfurt techno legend The Mover. This second Mono Junk release will prove extra special to fans of the project thanks to Forbidden Planet’s inclusion of the “Channel B Rmx”, while the other three tracks provide a whirlwind of heavy synth action leaned toward the electro of Detroit.
Listen/buy vinyl

The versatility of DJ Stingray’s productions will never cease to amaze, and this latest release from the famed Detroit electro staple is a shining example of how varied Sherard Ingram’s music can be. This Cognition EP finds a release on Greek label Lower Parts, and a quick scan over their back catalogue shows a label that’s been in operation since 2011 that outside of the one Andreas Gehm release has largely supported home grown talent. DJ Stingray is no stranger in extending his music to fledging labels distant to his native Detroit, as he’s proven in the past by appearing on [Naked Lunch], TSAR and Itinerant Dub, and this four-track missive is just another reminder that you’ll never know where Stingray will surface next.
Listen/buy vinyl 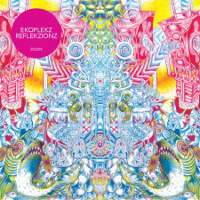 We’re still trying to figure out who’s harder to keep up with at the moment; Planet Mu or Ekoplekz? Nick Edwards released two Ekoplekz albums on Mike Paradinis’ label last year, and now comes a third in under 12 months, which follows the March release of his two-track Entropik 12”! Meanwhile, Planet Mu have put out other full lengths by John T. Gast, Drew Lustman (aka Falty DL), Jlin, Footwork originator RP Boo, and Paradinis’ own project, µ-Ziq. So where does Ekoplekz latest full length sit among all of that? As far as we’re concerned, the variation of sounds and character heard on Reflekzionz is, as a whole, the most rewarding when comparing it to his aforementioned LPs, which Planet Mu have poignantly described as a “blurry, saturated false-memory of the leftfield electronica,”.
Listen/buy vinyl 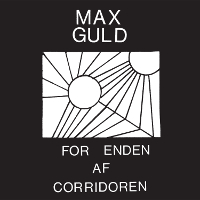 As far as obscure coldwave and industrial reissues go Dark Entries continues to serve up the heat, this time turning to Danish artist Max Guld Madsen (to give him his full name). After hearing For Enden Af Corridoren it’s no surprise to find out that he’s been operating since the early ’80s, and his charming sound captures the optimistic sheen of synth pop without leaving the industrial influence too far behind. Indeed some tracks are outright abrasive experiments with atonal melody and grinding machine noise (see “Belastende Forhold”), while elsewhere warbling leads and fragile vocals tap into Madsen’s more poppy tendencies. In its stylistic jumps and anything goes attitude, For Enden Af Corridoren captures the spirit of yesteryear perfectly, as well as being a wholly fulfilling listen.
Listen/buy vinyl