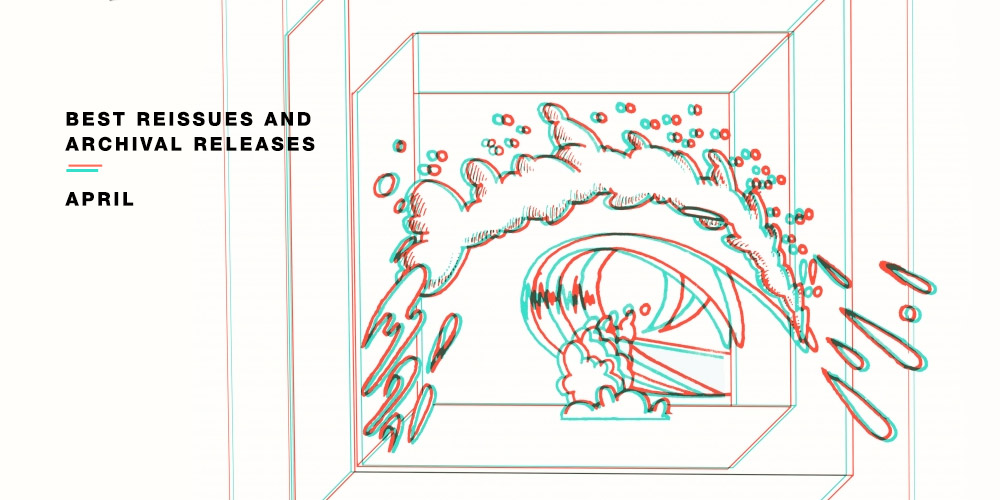 For this month’s column Flora Pitrolo singles out subaquatic electroacoustic music from the 1980s, some must-have Italo from the archives, German and Greek synth wave and Iranian research projects. 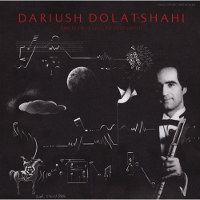 Andy Votel’s Dead Cert Home Entertainment label have been on a roll since the off, reissuing fascinating music by the likes of Italian-American pianist Suzanne Ciani, Belgian composer Louis De Meester and that fine Industrial album by Alessandroni. Keeping the momentum going, Dead Cert Home Entertainment provided one of April’s most surprising reissues in Electronic Music, Tar and Sehtar which comes from Iran, or rather from an Iranian at Columbia University. Despite the unassuming title, this first album (of only two, alas) from Dariush Dolat-Shahi contains much more than mere electronic music. It’s a sort of visionary combination, not only of different instruments, but also of differing sonic languages and sensibilities.

Inheriting the Iranian folk sceptre and passing it expertly through his academic research in electronic music, Dolat-Shahi creates a totally alien world of sound while maintaining a sonic equilibrium where rumbles of modular synths echo in and out of traditional folk melodies, while synthetic pulses open onto samples of pouring rain and sweet birdsong. Between paces and atmospheres of the music, textures merge and the resulting album is mysterious and dense without falling victim to over-intellectualism, and while the work is complex, it remains anchored by simplicity.
Listen/buy vinyl 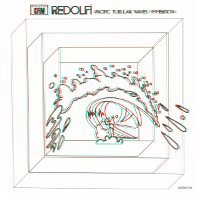 With work from Beatriz Ferreyra, André Stordeur, the epic Pierre Henry boxset and more, April saw a wealth of reissues in early electronics. Michel Redolfi’s debut opus, Pacific Tubular Waves / Immersion, which dates back to 1980, is a welcome re-edition of a somewhat neglected piece, made between Marseille and San Diego as a reflection in two parts of Redolfi’s encounters with the Pacific Ocean. Freezing and crystalline, full of circuitous sonic events, it’s a good introduction to the Frenchman’s later works, which continued (and continues) to research an idea of subaquatic music and underwater listening.

The A-side is a synthetic interpretation and ‘imitation’ of the rhythmic and textural dynamics of tubular waves, composed for and executed on an early, mesmerising digital synthesiser. The B-side, “Immersion”, consists of those same recordings remodelled by the sea itself, as Redolfi experiments with underwater transmissions of sound with the partial and full immersion of his equipment.

The music overall, however, doesn’t sound like an experiment, nor is it one of those centreless, fluttery records. It glistens like a clam sea as repetitive tones are interspersed by rough, watery field recordings and moments of threatening drone, with white crisp atmospheres punctuating the sound here and there with a sort of science-fictional menace that suggestively drags you underneath an imaginary abyss. Pacific Tubular Waves / Immersion makes present a complex sonic world which you can somehow feel, and it not only engages your ears but your body, your skin. Indeed, it’s a small ‘utopia of the senses’, which is what Redolfi said he wanted from his electroacoustic music.
Listen/buy vinyl 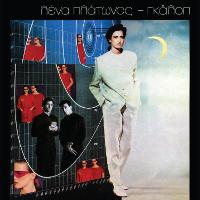 Released a few days before April, Galop was undoubtedly the reissue that threw the longest shadow over the month. And about time too. Lena Platonos’s contribution to electronic music has been acknowledged by the Greek underground for a long time, so it’s good for us all to finally bite into it, above and beyond the hit “Bloody Shadows From Afar”. Platonos has a true sense of pop and an strong experimental instinct, and her finger absolutely on the pulse of her time

The album oscillates effortlessly between dark, pulsating analogue landscapes of sound and tense storytelling, and she crafts a world which is knowing, smart and ironic, but also warm. Rigid drum patterns, metallic vocoders, frozen basslines and crazed synths are led imperiously by Platonos’s languid voice, which seems to come from a time suspended between the never and the now. To listen to Galop is to enter a world of slow pulses, phone bleeps, threatening supernovas, and language taking pleasure in itself.

Made by Platonos single-handedly in 1985, Galop was described by its maker as “a study in the mythology of urban population of the contemporary metropolis and also a gaze into the future life of it.” An extremely accomplished study no less, which deserves attention, and this elegant record is essential to the story of Mediterranean post-modernity.
Listen/buy vinyl 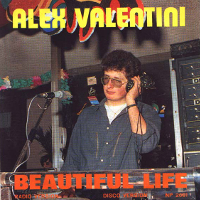 The Italo archive isn’t only made of mega-producers, but also millions of records made without Miami-induced dreams or starry-eyed fantasies of fame. Originally released in 1985, and written and produced by a team of relative unknowns, Alex Valentini’s Beautiful Life is one such charming example of a record that really shaped Italo Disco’s identity as a genre, in its most realistic incarnations. It comes from the passionate underworld of private radios and summer parties in provincial Tuscany, where Valentini worked as a DJ before and after this magnificent fluke of a record.

Stark and tormented but boyishly awkward rather than handsome and glamorous, “Beautiful Life” is a melancholy Italo piece where everything sounds right. There’s just the right dose of minimal angularity, the right brush of tropical suggestions, the right cheapness, the right sadness, and the right emotion, to use an Italo word. The utterly mysterious lyric is stated almost matter-of-factly by Valentini, who’s accompanied by a powdery, unpretentious female voice emotionally singing words we will never really understand. After recent beauties such as Decadance’s “On and On (Fears Keep On)” and B.W.H.’s “Livin’ Up”, this is another blessing from Archivio Fonografico Moderno made all the more special by re-edits from Italoconnection and Flemming Dalum. This is one for the arrival of summer and there’s enough here to keep you dancing until September.
Listen/buy vinyl 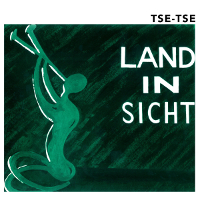 With the likes of Deutsche Wertarbeit, Der Plan and Christof Glowalla in their catalogue, Seattle’s Medical Records clearly has a way with the Neue Deutsch Welle archive, notably with those artists whose connection to prog sonorities are particularly audible, and who dig out novel routes around synth-pop. Tse Tse’s Land in Sicht has been sitting in the vaults since 1983 when it came out on the small but rather interesting Neuland Tonträger. This reissue from Medical opens up yet another path in the dark green plaines of NDW (and the record’s dark green, too).

Cheaply and instinctively home-made by Claas Mehlhop and Clement Hülse (one a classically trained flutist, one had recently been thrown out of a punk band), Land in Sicht manages to juxtapose a nervous, brash, youthful sentimentality with a very masterful control of gloomy cinematic atmospheres, the whole thing peppered with reoccurring folky, and in fact almost churchy melodies. Tse Tse also mastered the art of extracting ‘the ghost’ out of very cheap equipment (a Casio!) and as a result, Land in Sicht seems to revel in its ability to do things with ten-a-penny sounds. There is a bleakness tinged with a certain sense of fun to Land in Sicht, an album typically German 1980s in spirit but not so typical in execution. This is a lyrical, slightly odd record that is kind of unfashionable, but very rewarding.
Listen/buy vinyl