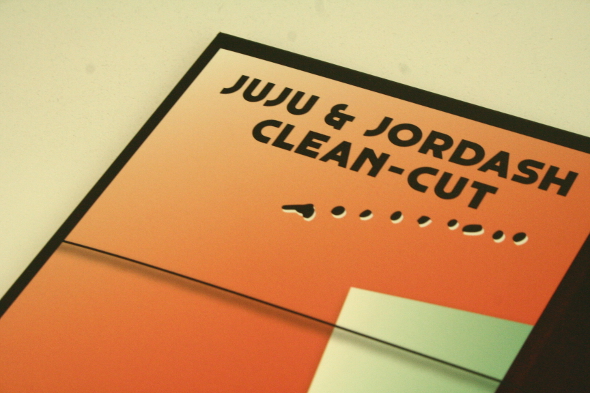 A double helping from PAN, killer house from Delroy Edwards, techno from Shifted and more featured in the week’s best releases. 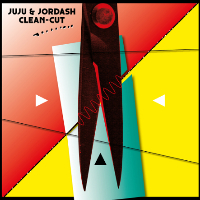 Juju & Jordash‚Äôs last album, Techno Primitivism, was one of the most densely-packed albums of recent memory, with 15 deep and woozy exercises in techno experimentation almost too much to digest in one sitting. Though the duo make no compromises in terms of the intricate construction of their tracks across their follow up Clean-Cut, the muggy feel of their previous album is lifted across these nine tracks. Lighter in tone and filled with more colourful melodies, it‚Äôs a dance floor-focused album, but one still light years ahead of what most of their peers in the world of techno and house are doing elsewhere.
Listen/buy vinyl

Delroy Edwards – Can U Get With (Gene‚Äôs Liquor) 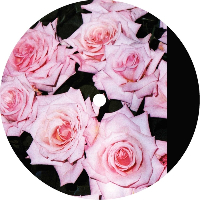 L.A. Club Resource boss Delroy Edwards has confounded his audience at every turn this year, releasing an album of unheard tracks from his youth on The Death of Rave, making several mixtapes of Slowed Down Funk and exploring noise as DJ Punisher. This 12‚Äù for his Gene‚Äôs Liquor label sees him return to the kind of irresistible good-time house music he made his name with on L.I.E.S., complete with funk-infused rhythms and classic piano lines. If Edwards‚Äô wayward direction hasn‚Äôt been doing it for you recently, he‚Äôs at his most straightforward here, and it makes for one of his best moments in a while.
Listen/buy vinyl 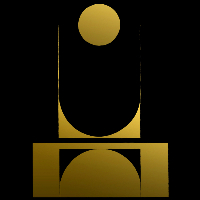 Bill Kouligas‚Äô PAN label has been on its finest form yet this year, with great albums from Objekt, Lee Gamble and Valerio Tricoli all complementing a strong run of singles and EPs. Despite it being December, the label has managed to sneak out one more LP, from Deepblak affiliate Afrikan Sciences. If you‚Äôve indulged in his blend of techno and Afrofuturism previously you‚Äôll know what to expect, but if not then this really is essential listening. If you could imagine the sound of Jamal Moss jamming with the Sun Ra Arkestra, then you‚Äôve pretty much got the sound of Circuitous.
Listen/buy vinyl 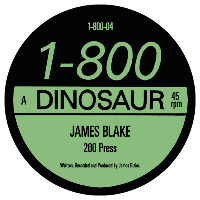 It‚Äôs fair to say the music James Blake makes when he‚Äôs in full-on heartfelt croon mode can prove divisive. When he turns his attention back to making club music however, he‚Äôs still as enjoyably weird as he was when he started out on Hessle Audio and Hemlock all those years ago. This package contains a 12‚Äù with two such tracks: the muffled Moodymann-gone-R&B house of ‚Äú200 Press‚Äù and the scratchy, abstract beatwork of ‚Äú200 Pressure‚Äù. The accompanying 7‚Äù sees him retreat to a more downtempo place, mixing lounge vocals and spoken word among considerably more experimental sounds than you‚Äôd find on his last album.
Listen/buy vinyl 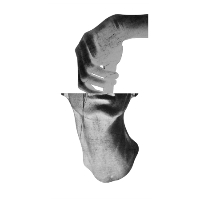 The Arrangements In Monochrome EPs are two of the best bodies of work Shifted has released in some time, providing eight tracks of rock solid techno that range from gloomy ambient to machismo beats suitable for a club like Berghain minus the boredom. The sounds here are similar to Shifted‚Äôs earlier works on Avian and Mote-Evolver that contributed to the fanfare surrounding his emergence mixed with the less visceral, industrial sonics of his Alexander Lewis alias. Two slabs of concrete techno signed, sealed and delivered just before the year‚Äôs end.
Listen/buy vinyl 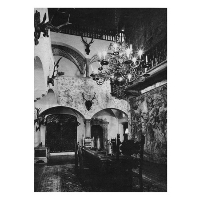 The second PAN release of the week is also our most anticipated of the year by some way. Despite being announced way back in February, the second 12‚Äù from Helena Hauff and F#X‚Äôs Black Sites collaboration has only just found its way into our hands, and thankfully, it‚Äôs been worth the wait. ‚ÄúUnit 2669‚Äù is a grizzled analogue constructions with a grotty squat techno vibe much like the tracks on their last release, but ‚ÄúMockba‚Äù takes things in a more experimental direction, as delayed bleeps float through a soupy fog of alien textures.
Listen/buy vinyl 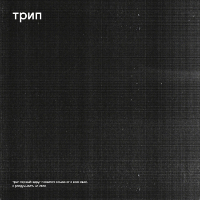 As big as her profile is, filling whatever room she plays, Nina Kraviz knows her way around the hardcore underground. This first record for her newly minted Trip label sees her productions sit pretty next to killer cuts from Terrence Dixon as Population One, early Probe alumnus and Proper N.Y.C. honcho Steve Stoll and new artist Parrish Smith with his Nation-worthy production “1.0/8.0 Africa Genocide”. For the Icelandic dub techno heads there‚Äôs ‚ÄúNuclear Guard” by Exos ‚Äì one she‚Äôs been rinsing in her DJ sets ‚Äì and for a gluttonous cut of ‚Äòdirty‚Äô techno there‚Äôs Bjarki‚Äôs earworm “Polygon Pink Toast”. Mix this with Population One‚Äôs vocal mix of “Out Of Control‚Äù and you‚Äôll receive the same adulation Kraviz does week in week out.
Listen/buy vinyl 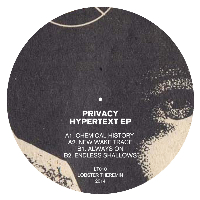 Lobster Theremin has been nothing if not prolific this year, making a name for itself as an operation specialising in unearthing new artists, providing those like Privacy a platform to be noticed. Across its four tracks this Hypertext EP combines old school melodies reminiscent of Metroplex together with Hieroglyphic Being-style sonic distortion and the empty sound of analogue reverb you‚Äôd expect to hear from a producer like Chevel. It‚Äôs stripped-back electro for the dance floor and tuneful techno for the head, and the A-side‚Äôs ‚ÄúAlways On‚Äù is piping hot.
Listen/buy vinyl 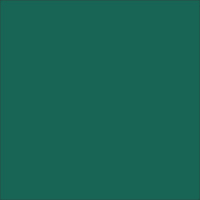 If you find yourself an emerging techno artist, the best stamp of approval you could hope for is a release on Semantica. For rising talent the label this year alone has helped cultivate artists like Stanislav Tolkachev and Yves Dey Mey, to Marco Shuttle, Israel Vines and Eric Cloutier via the Nonnative Series. Now Acronym, a name familiar to Northern Electronics, joins the throng of Swedish producers to surface on Semantica in 2014 alongside Varg, S100, P√§r Grindvik and Andreas Tilliander‚Äôs new project Svaag. This Yggdrasil EP sees Acronym supply four darkly brooding cuts of reverberant, industrial and streamlined techno on a similar tip to Xhin‚Äôs recent Claw Eyes EP with the resulting release a four-track run of deep-heavy sounds for a booming DJ set.
Listen/buy vinyl 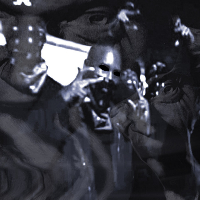 Although it‚Äôs been active since 2011, the Sydney-based Templar Sound label still feels fresh as ever. This split EP between Eugene Ward‚Äôs two prominent production aliases, Dro Carey and Tuff Sherm, supplies the label with its toughest record this year. It‚Äôs the label‚Äôs third release in 12 months and follows two debuts Templar Sound granted in 2014. One of these was DJ Vague with the Thomas Bangalter-sounding Porsche Trax 12‚Äù and here the Helix alias supplies this record‚Äôs best cut with a Kyle Hall-like remix of Dro Carey‚Äôs shuffling ‚ÄúHuman Parcel‚Äù. For some roaring, ghetto techno fun check out Tuff Sherm‚Äôs ‚ÄúScope‚Äù.
Listen/buy vinyl