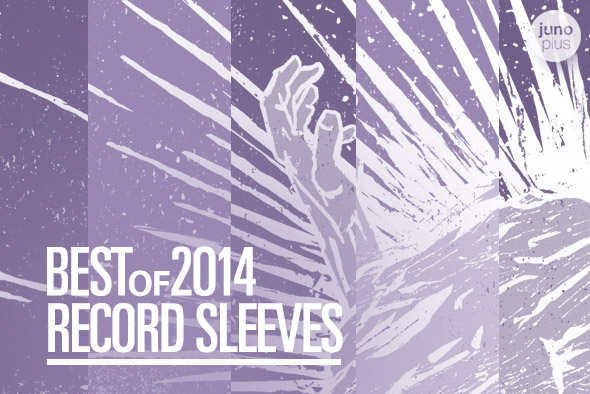 A vast canon of potential candidates is whittled down to just 10 as the best record sleeves of the year are decided.

In the interest of maintaining a semblance of order over what could in theory become quite an unwieldy round up it was decided to break with the tradition of previous years and restrict the selection process for record sleeves to just 10 possible candidates. If you follow Tony Poland’s monthly round-up of the best record sleeves on Juno Plus you will know there are on average seven to nine releases featured each time, and though each is special in its own way, this list features only the truly memorable, the designs that stop you in your tracks and force you to pick them up.

The process of deciding what should be included was handed over to our editor and the 10 selections are presented in no particular order, with each special in their own way. As ever, the utmost attention has been paid to done to correctly credit the artists and designers whose work is integral to the finished project.

The role Will Work For Good has played in the many RVNG Intl projects over recent years was covered in greater depth by Emma Tucker for this site earlier in the year and she correctly identified the Maastricht-based studio’s efforts on Chorus by Holly Herndon as particularly memorable. Speaking on that release Kevin O’Neill and Karisa Senavitis revealed the debossed cover was undertaken to expand on the layered sonics of the record. “We wanted to make a single record as if it was many records, all by Holly and all with the same title: Chorus”. The results were sublime and most definitely the best looking record issued by RVNG this year.

Last year’s edition of this list made explicit reference to Will Bankhead, Jonny Costello and the Check Morris agency for their overall endeavours when it came to record sleeve design for The Trilogy Tapes, Perc Trax and Antinote respectively. It’s a mark of their excellent yet wholly distinct skillsets in this area all three feature once more this year. Every record from The Trilogy Tapes seems to be special for its own reasons; contrast the shocked Hammer Horror-era Lycan that adorned Dario Zenker’s Mörsin with the bold ornamental iron framework of the Maxmillion Dunbar record for example. The intricately inked Zootie by Rezzett stood out even further then, as Bankhead seemed consumed by the notion of taking the screen printing process to an almost unhealthy extreme.

On the evidence provided this year, the creative bond between Paris label Antinote and design agency Check Morris is as strong as ever. At some point in the future the reserve of superlatives for this partnership may be exhausted, but for now let’s bask in the efforts of Mathias Pol and Nicolas Motte which have played an integral role in Antinote having such a successful year. My colleague Scott Wilson nailed why the partnership works in rather eloquent fashion when discussing Motte’s own Rhealogia record for Antinote earlier this year, stating it’s “easy to get a sense of the distinct sonic identities of each artist in the imagery at play” when looking at the label’s artwork. It’s this reason why their efforts for records by Geena prove to be the most alluring, the acid house-riffing design for the On The Top Of A Deep Hearted Fern the most memorable example.

The aesthetic developed by Adult Art Club’s Jonny Costello for the Perc Trax label has largely been themed around Reznor-meets-Cronenberg visual motifs, subtly conveying the industrial nature of the music through black and white photography treated in an abstracted fashion. Given the Perc album The Power & The Glory deals in themes – such as escapism – not readily apparent in the label’s 12″ output, it’s no surprise Costello took a different approach when briefed by Wells to 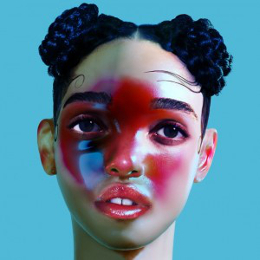 conjure up some artwork. Discussing the final illustration in an interview, Wells suggested “it’s the power within him that is so strong that it’s knocked him to the floor,” resulting in one of the most memorable album covers this year.

Challenging Costello for this title is London-based Jesse Kanda, who contributed wholly distinct album covers to two of this year’s most unique long players in Arca’s Xen and Tahliah Barnett’s self-titled debut album as FKA Twigs. The films of the Japanese artist and director have been likened to “mindfucking trips through the subconscious” where nothing seems impossible by Dazed & Confused, and this approach definitely extends to his work in the album cover medium. Of the two, it’s the FKA Twigs artwork that sticks in your memory most, though it should be mentioned Kanda’s illustration for Xen proved to be just as notable, falling foul of some bizarre censorship with someone deeming the figure’s abstracted nipples and pubic region too offensive to MP3 advocates.

When Guy Featherstone spoke to this site earlier this year, the creative mind behind the majority of releases from Diagonal described the label’s design values as “oozing modernity and simplicity, celebrating space and cleanliness”. This manifested itself most memorably in the sleeve for Powell’s Club Music, coincidentally our single of the year too, where the letters of the artist’s name were assembled to resemble his gangly, towering figure. Of course Featherstone’s visual touch ensured other Diagonal releases were as eye-catching as they were distinctive sounding – the playful Powell typography was later adjusted for a Club Music Remixes 12″ too – but Club Music is the one release on the label that truly deserves a place here.

As 2014 progressed, it became clear that PAN had decided to move away from the silk-screened PVC sleeves that characterised much of their recent output to more traditional sleeve designs. This had no real neglible effect on the final product however – the recent Afrikan Sciences LP Circuitous for example still looks quite resplendent thanks to the deft use of contrasted tones by Kouligas and Louis Reith. It was surpassed however by the James Hoff album Blaster, the New York artist himself contributing to a design alongside Kouligas expanding on the compelling technological concept central to the music.

The work Bill Kouligas does as head of PAN could be compared to that of Daniel Castrejón, founder of Mexico City label Umor Rex. Both Kouligas and Castrejón are clearly talented designers, and whilst the respective aesthetic approaches of the two labels may differ, the results are always impressive. Words have been tapped elsewhere in this year’s lists regarding Umor Rex’s refined visual style, even when it comes to cassettes, and by far the best example was Castrejón’s work on the Charlatan album Local Agent. Implementing photography by Cody Cobb, Castrejón embellished 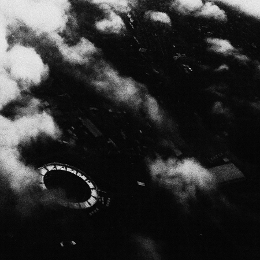 the themes of the music superbly, with the various tangible elements that made up the overall design a pleasure to behold.

Judging by the relative lack of releases this year in comparison to 2013, it seems like Rabih Beaini’s Morphine is in the midst of a period of transistion before unveiling some startling sonics next year led by Indonesian hardcore band Senyawa. The small clutch of records the label did issue in 2014 retained the air of monochrome mystique characterising much of Morphine’s most striking dosers, with Beani’s own art for Expect Night Work by Lack a majestic example.

Back in the June edition of the best record sleeves column, a rather obscure double 12″ release from German label Travel By Goods called Arthur Boto Conley’s Music Workshop Presents 280913_1 / 280913_2 caught the eye. In the process of looking over all the various records issued in 2014 this curio remains a true highlight in terms of design and presentation, and more than merits placement here.