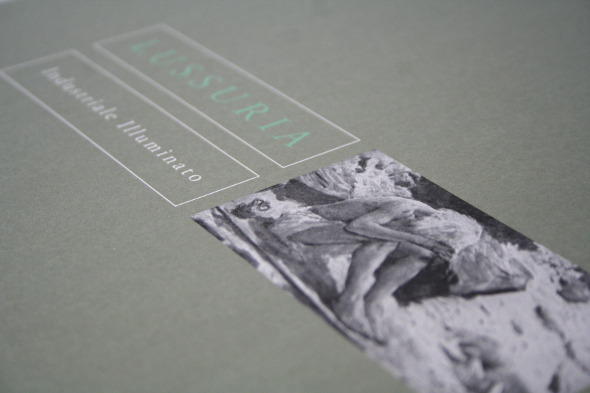 After five days at Berlin’s Atonal festival I arrived back in London with a refreshing palate of sound buzzing through my head. If you remove the old school Berlin factor of Monoton and TV Victor from this year’s edition, and the marquee bookings of Abdullah Rashim, Richard H. Kirk and Sendai, left over is a niche clutch of artists like Fis, DSCRD and Neel, to Raster-Noton’s Senking and Danish artist SØS Gunver Ryberg. And with Vatican Shadow a participant of the event last year, there’s no seeing why an established artist as obscurely underground as Lussuria couldn’t be shortlisted for such an opened-minded event in the future. 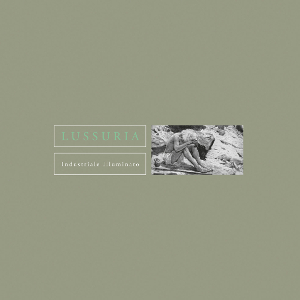 This, however, is no personal running off at the mouth, but a simple retrospective after-thought, and back trawling the Juno Records ‘New This Week’ tab, it’s Lussuria’s music which feels most appropriate to unearth in this current mindset. Over the past week I’ve been listening to Industriale Illuminato as a whole, while revisiting and marvelling at some of the deeper and more foreboding pieces of its music. As a complete work it’s intense listening, not in the sense of stone-walled sound design, but the looped exhales of the phrase, “never waking, never fear, mouth on mouth,” from album opener “BoneBlack”, or the blurry murder mystery theme of “Breath Cinder” shortly afterwards, provides a cabalistic narrative to an album possessed by demonic charm.

There are productions on here which are truly profound. The whirling throng of flung metallic emotion in “Angelshare” is instantly entrancing and as a result captivating, while for moments of stone-throwing ambience and ritualistic passages of industrial drums and crunch there’s “Petra Marina”. There’s a subdued No Wave feel to “Venus In Retrograde” too, a long throbbing pulse of what sounds like the clunking engine of the Ivory transporter’s boat which travels down the Congo River in Joseph Conrad’s book The Heart Of Darkness. And moreover, the plucked ambience and monotonous thud of “Eyes Of The World” is gracefully haunting.

Mixed with crazed electronics and industrial tones are moments of suspenseful soundtrack horror done the Italian way in “Daughters Of Enemies”, while “Wind Carries Soot” is a tunnelling spiral of dank dissonance lightly peppered with caustic atmospheres of electrical static and howling feedback. In amongst the blustery winds of album closer “Art Of Veins”, a perturbing synth melody simmers just under its surface, which completes Industriale Illuminato, leaving me with a wholly fulfilling sense of emptiness.

Since 2011, Jim Mroz has been a familiar name on Hospital Productions, and during a conversation with one Atonal-goer I was told they “loved American Babylon, one of my faves.” For whatever reason, Lussuria has never attracted the same type of attention other artists have to appear on Hospital Productions, but Mroz’s music is never short of stunning.