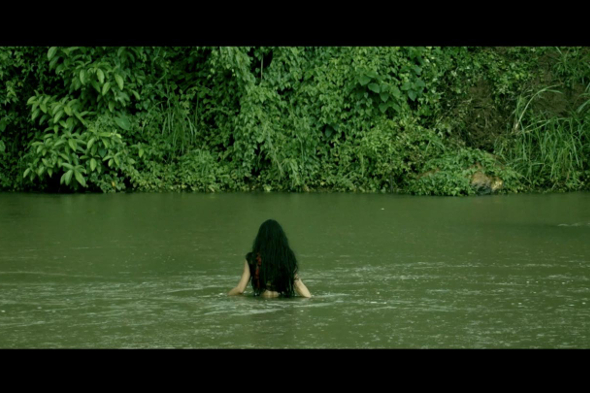 A track from Steve Gunn & Mike Cooper’s FRKWYS collaboration is brought to life as a Thai ghost story.

If you’ve been keeping up to speed on RVNG Intl’s various projects this year, you will probably know the New York label has locked into a music video groove that impresses more with every new commission. Their latest visual treat is a wonderfully vivid accompaniment to the Cantos de Lisboa FRKWYS collaboration between Steve Gunn & Mike Cooper. Over the course of several months of filming in Thailand, label friend and man with superb name Champ Ensminger tapped into the conceptual mainframe of the track “Pony Blues” to present a Thai ghost story based around a spirit that is part-human, part-horse. It seems like we say this a lot when discussing RVNG Intl, but the resultant video is massively ambitious and well worth spending some time watching and ruminating over.

A press release from the label includes the following statement from Ensminger which adds some further context to the video:

“In Thailand’s northern countryside, a ghost story is told to warn young people and travelers from wandering into the jungle. Many years ago, a lonely stable boy in charge of the king’s horses went hungry, and was forced into eating one of his horses. He became sick, and died in the jungle at the edge of a river. Since then, a spirit has been told to walk near the edge of the woods, taking the form of a human (man or woman) with the features of a horse. As revenge for his loneliness, the spirit of the stable boy lures young lost travelers into the jungle, where they meet a watery grave.

This ghost story is the basis for my interpretation of Steve Gunn and Mike Cooper’s ‘Pony Blues.’ Much like my cultural background as a Thai American, two narratives converge in the music video – that of a Delta blues standard of the American South, and that of this ghost story told in rural Thailand – and combine to create a new visual experience. My aim was to explore this combining of separate traditions in a way similar to that of the collaboration between Steve and Mike, and see how these converging visual and musical atmospheres play off each other in a haunting new way.”